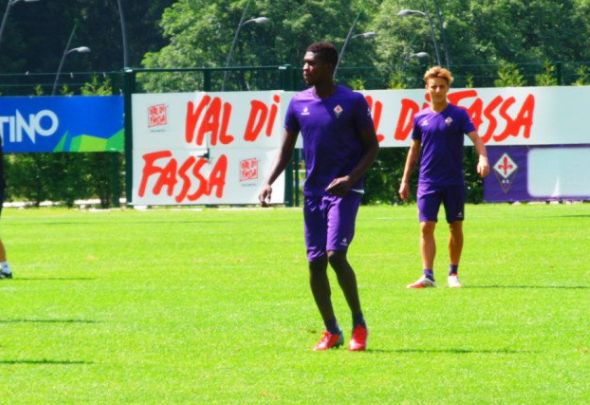 Leeds are set to rival Watford to sign Senegalese defender Layousse Diallo, according to a report.

The 19-year-old has been in impressive form for Serie B side Avellino since moving from Fiorentina’s youth side, and has alerted clubs from all over Europe.

Italian outlet Otto Pagine claim that French Champions League side Monaco are also interested in the wonderkid, as are a number of German second division clubs.

Diallo is a left-back by trade, but is currently playing on the left side of a three-man defence for Avellino and has revealed that his idols include Real Madrid’s Marcelo and Juventus’ Giorgio Chiellini and has three years remaining on his new deal.

“My natural role is left-back and that’s why my idol is Marcelo,” Diallo told Otto Pagine. “At Fiorentina I play at centre-back out of necessity, now I feel good in this role and I am inspired by Chiellini.

“The interest of many big clubs in me? Sincerely focused with Avellino. I have to correct some flaws, they tell me I’m too impulsive.”

Despite the defender’s impressive start to life with the second-tier Italian side, Avellino have been dismal in their opening games to the Serie B season.

They currently sit in last place after three losses and three draws so far this season, as well as being knocked out of the Coppa Italia.

Leeds could be on the look out for a left-footed defensive player, with in-demand Charlie Taylor the only player able to play on the left side of defence for the Yorkshire giants. Youngster Tyler Denton is not considered ready to play in the first team on a regular basis.

In other Leeds transfer news, assistant manager Pep Clotet has had this to say about Leeds’ fans.