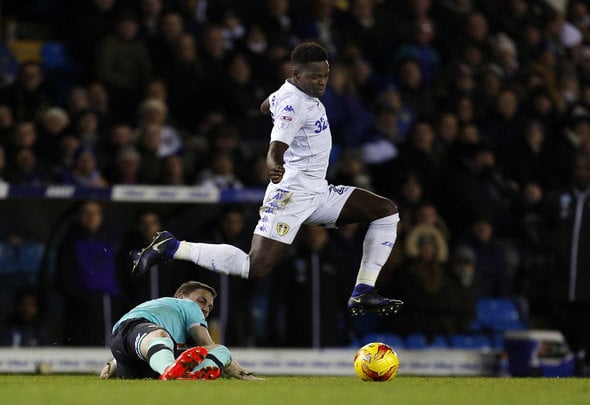 Leeds United midfielder Ronaldo Vieira has revealed that his knee is feeling “good” after struggling with tendonitis for most of the season.

Vieira, 19, had only managed to start his first Championship game of the campaign in last weekend’s impressive 3-0 win at Bristol City, putting in a man of the match display as the Whites ended a streak of three losses in a row.

The Elland Road fan favourite has since revealed that he had been struggling with a knee injury that started last season under the charge of Garry Monk and kept niggling at him over the summer and the early months of this term.

However now, ahead of Friday night’s clash with rivals Sheffield United at Elland Road, Vieira has revealed that the worst is past him and that he’s ready to play in the Yorkshire derby.

“I wouldn’t say it’s been an issue but after a few training sessions I had to step out a little bit. It feels good know. It’s just a matter of managing it before and after training,” he said, as quoted by the Yorkshire Evening Post in their live press conference blog on Thursday.

Vieira has made eight appearances across all competitions for Leeds this season and many fans were confused as to why Thomas Christiansen constantly overlooked the teenager despite him playing well last term.

The Dane has kept his cards well and truly close to his chest though when disclosing information about injuries and it has only recently been revealed about Vieira’s struggles that kept him sidelined and his match action limited.

In other Leeds United news, Sheffield United boss Chris Wilder has admitted that he was surprised by this decision from Christiansen in the Whites’ loss at Leicester.