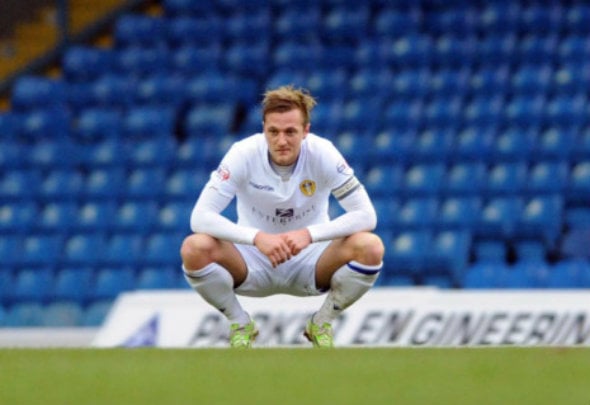 Liam Cooper was recalled to the Leeds team for their 2-0 Championship defeat to Cardiff on Saturday – and fans took to Twitter to destroy him as a liability.

The centre-back, 25, was named in the starting XI after defensive mainstay Pontus Jansson missed out due to illness.

With Jansson and Kyle Bartley in the centre of defence, Leeds had been impregnable at home in recent months and had not conceded a goal at Elland Road in six matches.

But that impressive sequence ended as Second half goals from Sean Morrison and Kenneth Zohore secured the victory for Cardiff and condemned Leeds to a second consecutive league defeat after their setback at Huddersfield six days earlier.

Supporters laid some of the blame at the door of Cooper, who has borne much of the criticism from fans this season when Jansson or Bartley has been unavailable.

I’ve been saying it for 12 months now, Cooper is a liability, absolutely shocking today again #lufc

We played like Reading today. Cooper slows us down so much, such a frustrating watch. #lufc

Another poor performance when @PJansson5 is out. Cooper not good enough. We miss Taylor. And no decent back up striker to bring on #lufc

Anyone know when #lufc last won when Cooper played?

Not conceded in over 500 minutes at ER. Liam Cooper plays. Leeds concede two. It’s not a coincidence. #lufc

Liam Cooper leave our club please, one of the worst defenders we’ve ever had #lufc

Despite a second consecutive defeat, Garry Monk’s side remain well established in the play-off spots.

The are fifth in the table and four points clear of seventh-placed Norwich, who destroyed Nottingham Forest 5-1 on Saturday. 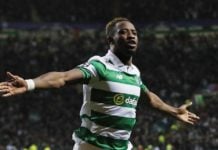 Agbonlahor: Celtic tipped to sign the next Dembele after Taylor reveal