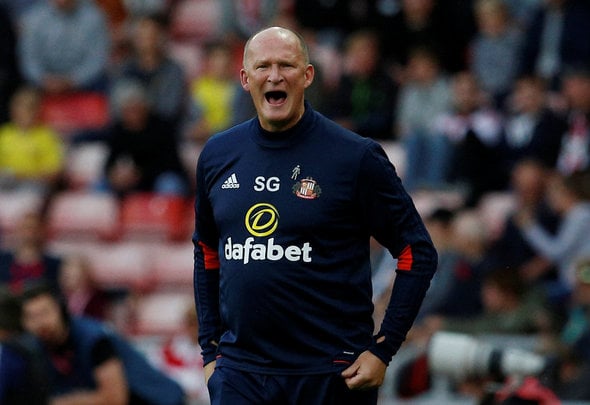 Leeds fans have reacted to reports that former manager Simon Grayson would relish a return to Elland Road as manager.
The Daily Mail reported that with current manager Thomas Christiansen under pressure after a terrible run in the Championship, Grayson would consider a move back to Elland Road as a “dream”.
Grayson is the early betting favourite to be the next Leeds manager with one leading bookmaker giving him odds of just 7.2, with his nearest rival Paulo Sousa back at 10/1. Leeds fans are mixed about a return for Grayson, after the former manager led them to promotion from League One in 2010.
No manager has done better than his seventh-placed finish in the Championship in the 2010/11 season.
One fan said he was “Leeds through and through” but another reminded other fans about how defensively frail Leeds were under Grayson.
Here is a selection of reactions from Leeds fans following the report:

Of course Grayson would be interested in a return to Leeds…..he’s out of work ffs #lufc #mot

I'd love Grayson back as much as the Leeds fan, but our players performances are the problem

Identity and be more ‘Leeds’ apart from last season we haven’t had a ‘Leeds’ side since Grayson’s of Howson, Snoddy Gradel etc, high energy and gave everything

He had Leeds top of the championship. We all know what happened next. Grayson was let down by the club

Why? Knows the club. Loves the club. In his best interests to achieve. No matter what you say about Grayson since he left Leeds, what he did with Leeds hasn't being matched

You’re absolutely right, can’t see us ever going out and taking another teams manager. In fact, ironically the last time I remember us doing that was for Simon Grayson, who I think could do a job again. Leeds through & through, passionate etc and a decent record. Could do worse

In other Leeds United transfer news, it can be revealed that a centre-forward who has player for the team this season has had his contract terminated.