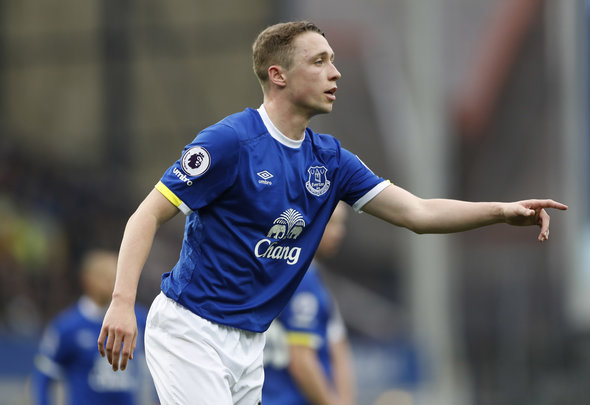 Leeds’ hopes of signing centre-back Matthew Pennington on a long-term deal were scuppered on Friday as he signed a new three-year deal with Everton.

The Yorkshire Evening Post claimed that Leeds were keen on the defender after he did enough to impress while at Elland Road.

Pennington, who had spent the season on loan with Leeds – a period that only delivered in fits and bursts after injury problems – will now try to step up to the Premier League for next season.

The news of his three-year deal was announced on the Everton Twitter page on Friday and soon after Pennington sent a message thanking everyone at Leeds for the past 12 months.

✍️ | A similar feeling as this for @mpennington94, who's signed a new three year contract with the club!

Pennington impressed both clubs but the same can’t be said for the Leeds fans who’ve watched him over the previous campaign.

They don’t think he’ll make it after what they’ve seen of him this season, with some wishing him luck but most glad they dodged a bullet by not signing him.

Here are the best reactions from bemused Leeds fans after the deal was announced:

Good luck to the lad. Just like Barkley, we did our best to make him bad but Everton saw thru us!

Effort is there but an absolutely horrendous footballer , his reading of the game for a centre half is truly appalling ,

Can’t say I’m especially sorry. Good luck to him and all, but he’s a spectacularly average defender we don’t really need. Plus, he was only ever keeping that number 5 warm for Bartley!

Thank god for that Phil, been absolute pants

Pennington goes back and we sign Bartley. Best trade since I got a Charizard for Pidgey

Start as we mean to go on with the good news this summer. He’s been very average.

I'm quite surprised at that based on his spell with us, didn't think he was that brilliant

He was atrocious. Had no positional sense, passing ability or defensive capabilities

Thank God for that, not physically strong enough to play CB in the Championship and his reading of the game is woeful.