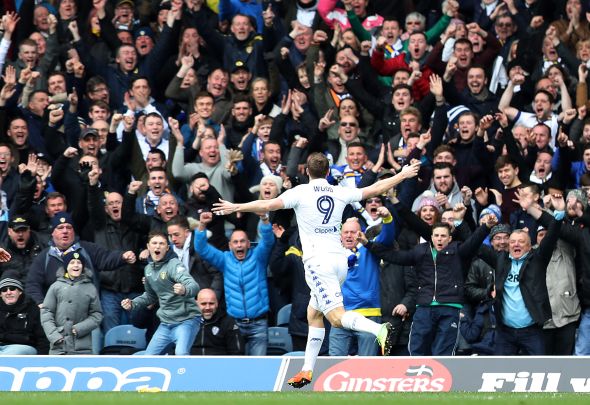 Leeds United fans have torn into Chris Wood on Twitter after he recently revealed in an interview that his absence from the match against Sunderland in August was ‘out of his hands’.

Wood, 25, exited Elland Road for Burnley in the summer for £18million after a bid was made from the Premier League side just hours before the Whites were due to kick off a Championship fixture against Sunderland at the Stadium of Light.

The New Zealand international revealed on Twitter that he wasn’t in the ‘right place’ to take part in the fixture and as a result was left at the team hotel as his team-mates went on to earn three points after a professional 2-0 win.

However the former West Brom target man has now revealed in an interview with the Independent that Burnley’s bid was subject to whether he played in that game to alleviate any risk of injury that could potentially scupper his move to Turf Moor.

Wood’s admission appears to have come too late for some fans, who simply do not care what the Kiwi has to say after he let them down by not featuring against Sunderland.

Chris should just stop lying. He said over the summer he intended staying at Leeds. Turns out he was looking for a move all along.

Who is this guy and why does he keep talking about us?

Pathetic. He looks even worse after saying all that. Why doesn’t he just get his head down and play for that Prem team he ‘held out for’

Reinforces that, at the time, Chris Wood really needed to leave his phone in his pocket. His own inaccurate tweet caused the backlash #LUFC https://t.co/6rbqZarsUo

Wood scored 30 goals across all competitions last season, winning the Championship golden boot in the process.

He has continued that goalscoring form with Burnley, scoring against Tottenham, Crystal Palace and Leeds, when the two sides coincidentally were drawn to play each other in the League Cup.

In other Leeds United news, this defender has been frozen out by Christiansen and it is inevitable that he will have his deal cut short in January.