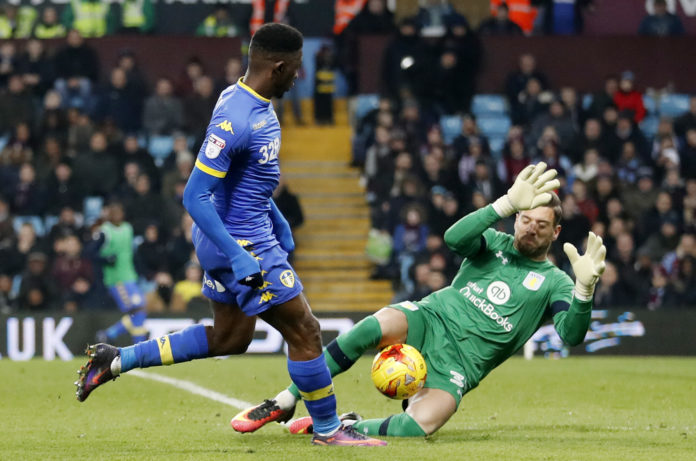 Hadi Sacko played a key role in Leeds’ goal in their 1-1 draw against Ipswich on Saturday – but fans were delivered mixed verdicts on his display.

The winger helped his side equalise late in the first half at Portman Road when his left-footed cross was cushioned by Chris Wood before being finished at the far post by Stuart Dallas.

It enabled Leeds to secure a point in a scrappy match against Mick McCarthy’s side as the visitors kept their promotion bid on track.

Sacko played 77 minutes of the clash against Ipswich before being replaced by Modou Barrow, as the on-loan French winger was handed his second start of the week.

Leeds fans offered totally different verdicts on his performance, with some criticising his wastefulness and inconsistent crossing, while others said he was key to the team’s ability to create goals.

Can’t help but feel that Hadi Sacko should have just been a sprinter, fast as lightning but can’t kick a football.. #lufc

Sacko not find his man? Is it even Sacko if he does? #lufc https://t.co/bkVcWHQ7Pp

Observation: PH struggles with hug-the-touchline wingers like Dallas/Sacko. He offers more with an KR/SD up there, too. #lufc

He has been a regular in Garry Monk’s side on the right wing for most of the campaign, scoring two goals and supplying four assists in 32 matches in all competitions.

Following a short spell on the sidelines, Sacko is now back in favour for the Yorkshire giants, who are fifth in the table and well placed for a play-off spot.

In other Leeds news, Mick Mills has highlighted the positive impact this Whites player had in the match against Ipswich.