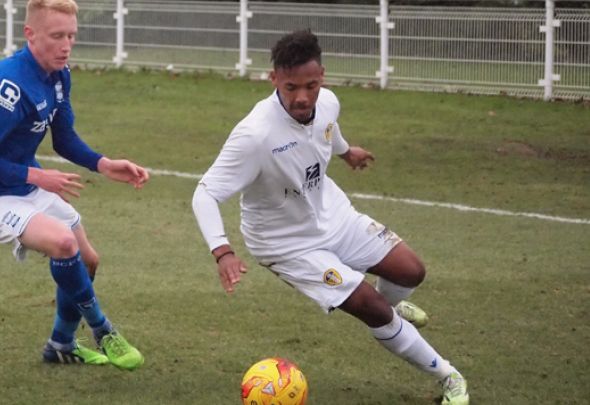 Tyler Denton was the matchwinning hero for Leeds on a stunning debut for the club – and supporters took to Twitter to hail the academy graduate.

Denton was included in the line-up for the first time on Tuesday night as Garry Monk opted to make 11 changes for Leeds’ 1-0 EFL Cup win over League Two side Luton.

The 20-year-old left-back, who replaced fellow academy product Charlie Taylor in the starting XI, scored the game’s only goal with a superb shot with the outside of his left foot in the 23rd minute.

The academy product was introduced to the senior squad only this summer after signing a new one-year contract.

Leeds have one of the most fruitful academies in the land, with the likes of Sam Byram, Lewis Cook, Alex Mowatt and Charlie Taylor all progressing from the youth set-up to professional ranks in the past few years.

Following the fantastic debut strike by Denton, Leeds fans took to Twitter to rave about their youngster, with one joking that the Premier League clubs will already be circling.

Well done to Tyler Denton with a goal on debut, & congratulations on his forthcoming transfer to Bournemouth, West Ham or Hull City. #LUFC

Tyler Denton has been at the Thorp Arch Academy since he was basically still a sperm. A lifetime of hard work to reach that moment. #LUFC

No joke, everything is coming through Denton right now. He's having a Roy of the Rovers-esque debut & everyone seems to know it. #lufc

Tyler Denton with the sweet hit! Get in there you beauty #lufc

Chuffed for Denton but que the muppets calling for him to replace Charlie. Great to see you come through but let's not be daft #lufc

In other Leeds news, a senior player could be set for exit door after a decision by Monk.