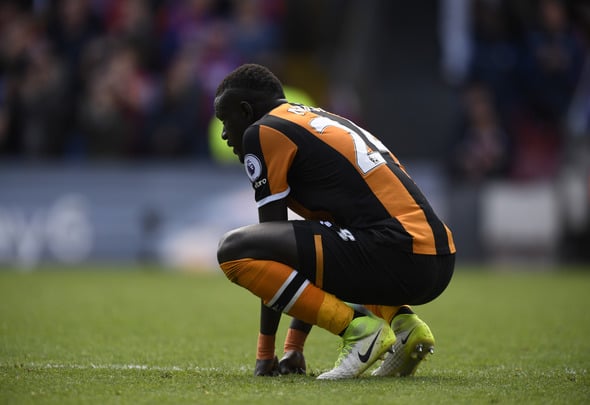 Hull’s relegation from the Premier League was confirmed due to a 4-0 loss at Crystal Palace on Sunday – and Leeds fans were less than sympathetic towards their Yorkshire rivals.

First-half goals from Wilfried Zaha and Christian Benteke set Marco Silva’s side one their way Championship football next season, where they will join the Whites after they missed out on the play-off spots.

Palace’s Luka Milivojevic and Patrick Van Aanholt then rounded off the rout in the late phases of the clash.

Swansea were one of the teams that were battling Hull for top-flight survival and the Elland Road faithful now think that this could see an opportunity for Kyle Bartley to return to Garry Monk’s side for another season.

The 25-year-old has spent the season on loan at Leeds and has been a real hit with the crowd by scoring six goals in 50 appearances across all competitions, which also saw him captain the side on a number of occasions.

Leeds fans are now desperate to see this happen and here is a selection of their tweets:

Hull going down and Swansea staying up has to be good news for #lufc wanting Bartley back, right? 🙏https://t.co/K2M22nSfee

Looks like Swansea are staying up. Could make it easier for us to sign Kyle Bartley 👀 #lufc

Hull were left four points adrift of Swansea with just one game left to play thanks to Sunday’s result.

The Tigers have somewhat of a Yorkshire rivarly with Leeds, as they are one of the closest rivals they have to the club due to it’s isolation on Humberside.

Leeds have won just one of the last four meetings with the Hull though, with their last victory coming at Elland Road in December 2015.

In other Leeds news, fans have reacted as this Elland Road favourite finds a new club.