Maccabi Tel Aviv are reportedly in talks with Leeds over a transfer for Pablo Hernandez – and fans on Twitter are eager for the winger to stay at Elland Road.

Israeli news outlet Ynet claims that for Leeds chief executive Ben Mansford, who is now the CEO at Maccabi, is negotiating with his old club about a move for the 32-year-old.

Hernandez only recently extended his stay at Elland Road in May, after agreeing a one-year extension to his original short-term deal that was penned in January.

The senior star arrived at Leeds on loan in the first half of last term, but impressed ex-boss Garry Monk so much that the move was made permanent.

The former Swansea and Valencia ace played a big role in helping the Whites almost reach the Championship play-off places, scoring six goal and supplying eight assists in 38 appearances across all competitions.

That form for the Yorkshire giants appears to have been what has attracted Israeli top-flight outfit Maccabi Tel Aviv in wanting to add him to Jordi Cruyff’s squad ahead of the upcoming season.

Most Leeds fans are eager to see Thomas Christiansen and Andrea Radrizzani do their best to keep hold of the former Spain international – with one fan saying that he would be “a big loss” to the team.

Very disappointed. I can think of at least 4 players I'd rather leave before him. Could be very influential this season 🤞🏻

Would be a big loss but I hope he stays.

Gutted. He's a different class to most of the squad.

Not too bothered. Not effective in certain games(not physical enough) for the league that were in. Also we're signing lots of midfielders.

In other Leeds news, the Whites are keen on re-signing this 29-year-old who has reportedly decided where his next destination will be. 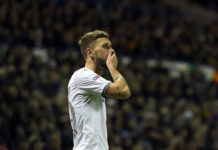