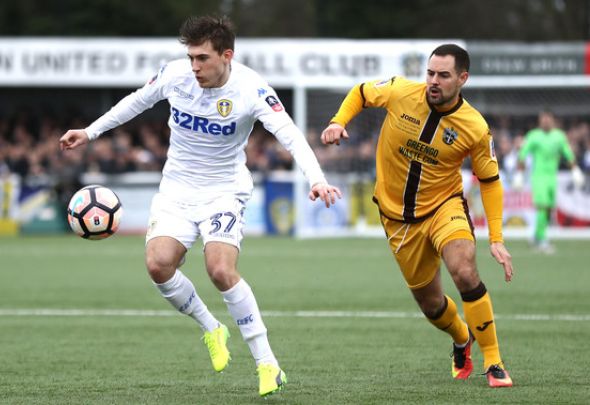 Midfielder Billy Whitehouse has revealed he is quitting Leeds – and fans have taken to Twitter to mostly wish him the best for the future.

But the creative midfielder will not be given a new deal that will enable him to return for a second year at Elland Road.

Whitehouse took to his personal Twitter account on Sunday night to say a farewell to Leeds, thanking the “fantastic players” he had met and wishing “all the best” to those at the Championship club.

Leeds supporters only saw Whitehouse in action on one occasion for the senior side, as he spent the majority of the campaign with Jason Blunt’s development squad following an unsuccessful loan spell at non-league Guiseley.

Most fans wished the youngster all the best for the future, although some were less generous and criticised his ability to be at a top-ranking club.

@bilwhitehouse32 @lufcuk @LUFC Best of luck for the future MOT

@bilwhitehouse32 @LUFC It’s a wonder why a player of such limited talent was ever signed in the first place. Cellino owed uncle 1. @PhilHayYEP #lufc @WaccoeOnline

@bilwhitehouse32 @LUFC Good luck with your next adventure!

@leeswift82 @anonLUFC @bilwhitehouse32 @LUFC @PhilHayYEP @WaccoeOnline Cant understand some folk Lee! Did exactly same with Slivestri other day This kid didn’t even get much game time and getting slagged off!

The youngster struggled along with other rookies Mallik Wilks, Tyler Denton and Paul McKay as the Yorkshire giants suffered an embarrassing 1-0 loss and crashed out of the cup at the fourth-round stage.

In other Leeds United transfer news, it has sensationally emerged that Radrizzani’s takeover of the club is under major threat in what is a shattering blow.