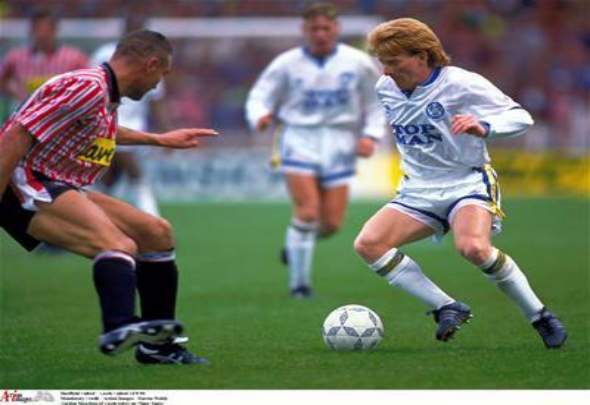 Gordon Strachan’s Scotland side suffered a defeat to England on Friday evening, but Leeds fans on Twitter were eager for their former midfielder to enjoy some success in the match.

However, it wasn’t to be Strachan’s night as he watched his side fall to a 3-0 defeat at Wembley.

Goals from Daniel Sturridge, Adam Lallana and Gary Cahill compiled the misery on the former Coventry, Southampton, Celtic and Middlesbrough boss as his side sit in fifth place in the World Cup Qualifying Group F.

However, Leeds fans wanted their former player to enjoy something from the match, with many hailing the Scotsman as a club legend.

Gordon Strachan is, and always will be, a Legend! #LUFC And I'm #English

Just really want a scotland goal for strachan. I am english, but i love that man a great deal. #lufc #EnglandvScotland

He lasted six years at the famous club, helping them to win the Football League First Division in 1992 before leaving for Premier League side Coventry in 1995.

As a manager he has won the Scottish Premiership three times with Celtic, while also enjoying some success with Southampton, taking them to the FA Cup final in 2003 where they lost 1-0 to Arsenal.

However, as manager of Scotland his job is on the brink as they last qualified for a major tournament for the 1998 French World Cup.

In other Leeds news, this star player is the most creative in the Championship.