Leeds United fell to a 3-0 defeat at home to Championship table-toppers Wolves on Wednesday night as the away side eased to victory.

The win put Wolves six points clear in the race for promotion to the Premier League and left the Whites to reflect on their own mediocrity.

Goals from Romain Saiss, Willy Boly and earned Nuno Espirito Santo’s all three points but resigned Paul Heckingbottom’s to yet another defeat since he took charge of affairs at Elland Road.

The loss left the Yorkshire outfit 13th in the table after just one win in the last five league games and with an increasingly frustrated set of supporters.

And the display of the usually consistent Samuel Saiz gave the crowd further cause for concern.

The Whites faithful felt that the Spaniard was well below par and one fan in particular even suggested that under the new management, the 27-year-old was not the same player.

Reading are up next for Heckingbottom’s men and a chance to apply pressure on a manager who is also under the cosh to turn results around.

Here is a selection of Twitter views from supporters who were unhappy with the performance of their star player:

Even saiz has been shit tonight! What the hell do we do in training all week?

People won’t like it, but Saiz has been crap tonight and all #lufc

Just pass the bloody ball Sàiz !!! You don’t need to beat 10 players the whole time just to give away the ball at the end

Saiz has been awful tonight. Doesn’t turn up in the big games to many times; a shame as he’s class when he does his magic

In other Leeds United news, Heckingbottom shares why Peacock-Farrell fast-tracked into Leeds team in shock move. 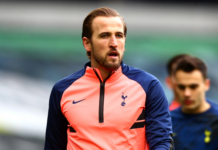 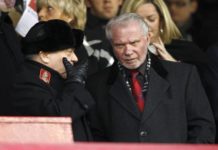