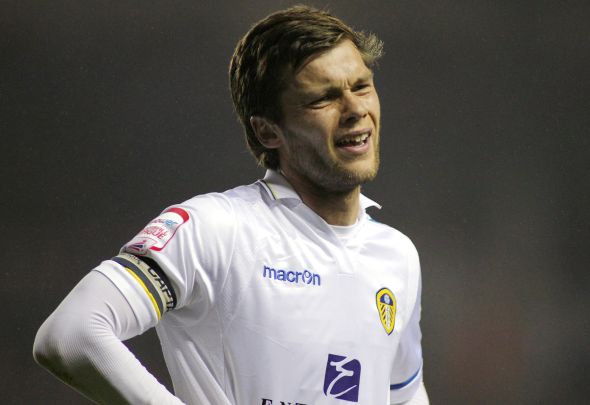 Leeds fans are eager for Garry Monk to re-sign midfielder Jonny Howson this summer after Phil Hay told fans “the word is that he’d be available.”

The 28-year-old midfielder is currently playing for Championship rivals Norwich, who have already told seven players they will be leaving the club when their contracts expire this summer.

Now, Howson is not part of that group with his deal at the Canaries set to expire in 2019, but it believed they are looking to reduce their wage bill further.

This has caused much speculation as to who could be available from the Norwich squad and when one Leeds fan asked Yorkshire Evening Post chief football writer Hay what the situation was with Howson, the reliable journalist reported via his personal Twitter account that he had heard he was available.

the word is that he'd be available. A player Leeds could do with.

This snippet of news has caused a lot of excitement among the Leeds fan base, who are keen to see the club make a move to bring back a player they rate highly.

One fan has compared it to the return of past great David Batty, while others stated he’d bring Championship quality to the team.

Get monk howson and Bartley and we'll win the league

Everyone buys a season ticket.

Yey!! Let's get Monk signed, then he can buy Howson and Abrahams

I don't remember anyone ever saying it was a bad idea getting David Batty back. Howson is actually type of player #lufc needs.

Howson could be made available by Norwich?! Get him back! #lufc

Would love us to get Howson back, real quality in this league, plus he's Leeds #lufc

Howson broke through the Leeds academy, marking his debut back in 2006 in a League Cup clash against Barnet.

He went on to play in 219 appearances for the club before joining current team Norwich in 2012.

In other Leeds transfer news, this midfield enforcer has revealed on Twitter that he is heading back to the club.