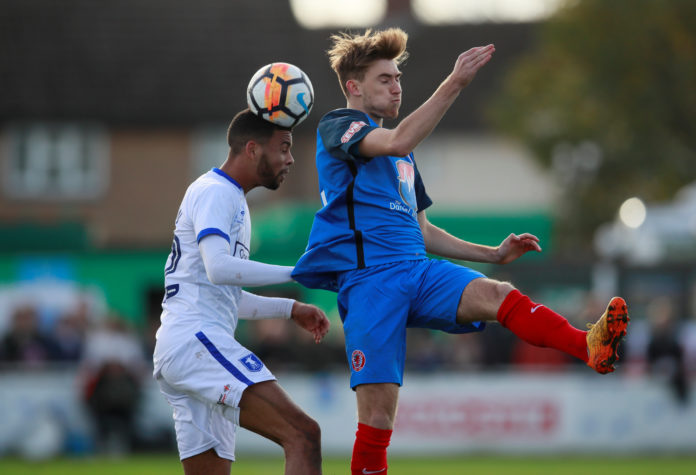 Leeds United flop Billy Whitehouse has dropped into the eighth tier of English football to join Tadcaster Albion less than a year after leaving Elland Road.
The Northern Premier League Division One North side confirmed via their official website on Friday that that the 21-year-old winger had agreed to join from seventh tier side Shaw Lane, having spent four months with the South Yorkshire side.
The youngster was a graduate of Doncaster Rovers’ youth system before Leeds swooped in to secure a deal in 2016, signing him up to a year-long contract.
He spent much of the time in the development squad or out on loan, with a three month spell at Guiseley, before making his one and only appearance for the Whites in the infamous FA Cup defeat to Sutton United last year.
He was released by Leeds come the end of his contract in 2017 having flopped during his time at Elland Road, and went on to link up with Port Vale on trial before finding himself at Alfreton Town in the National League North, England’s sixth tier.
He managed to make just six appearances at League One level, as well as three FA Cup and one League Cup outing, before dropping out of league football altogether, as his fall from grace continues.

In other Leeds United news, a multi-million pound investor is eyeing up a potential takeover bid for the Whites.
We’ve launched a << BREAKING NEWS FEED>> exclusively for your club. ‘Like Us’ on Facebook by clicking here if you want 24/7 updates on all Leeds United breaking news.