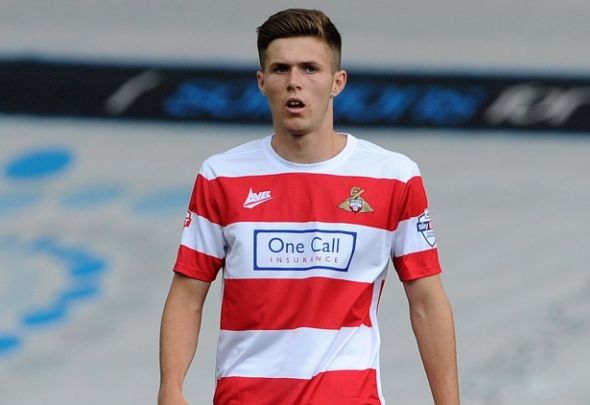 Jack McKay has sent a message to Garry Monk after scoring a superb brace for Leeds Under-23s on Tuesday.

The 19-year-old striker continued his prolific scoring for the reserves as Jason Blunt’s development side secured an emphatic 4-0 victory over Wigan.

McKay scored his and Leeds’ first of the game after an error from Wigan shot stopper Theo Roberts, before converting a superb cross from Malik Wilks to double the Yorkshire giants’ lead.

23' A loose pass from Wigan goalkeeper Theo Roberts gave McKay the chance and he held his nerve, slotting home 1-0 #lufc

McKay’s goals gave Leeds a 2-0 lead at the interval, before unknown youngster Omosebi and Wilks himself stretched Leeds’ lead to four in Tuesday’s match.

McKay has been at Leeds since January 2016, after moving to Elland Road with twin brother Paul after former manager Steve Evans decided to take action on rave reviews from their Doncaster Rovers exploits.

The Glasgow-born striker made four appearances for Doncaster before his move to the former Champions League side, and will be hoping to have made an impression on Monk as they travel to Norwich on Saturday.

McKay is considered way down the striker pecking order at Elland Road though, with the likes of Chris Wood, Marcus Antonsson and Souleymane Doukara all ahead of him.

But his commanding performance as Leeds attacking spearhead in Blunt’s side will have done the striker no harm as he eyes a first-team opportunity.

In other Leeds news, this senior ace has been given an international call up to the likely frustration of Garry Monk.