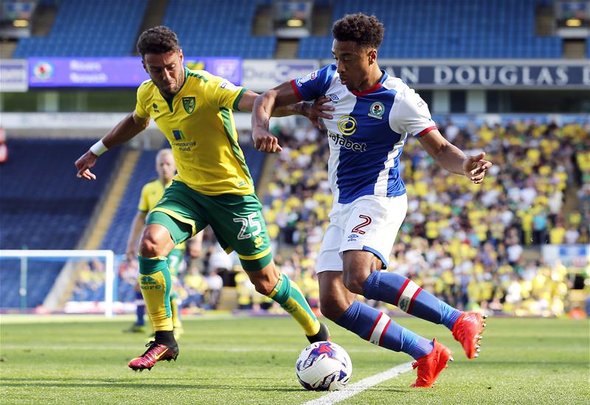 Norwich manager Alex Neil has revealed that Ivo Pinto is likely to miss the upcoming game against Leeds.

The 26-year-old defender has missed the club’s last two games with a groin injury and is unlikely to make his return on Saturday.

The Whites face an away match at Carrow Road in the Championship and will hope to continue their climb up the table.

Garry Monk’s side have picked up seven points from their last three league games and are up to ninth-placed in the Championship, just one point adrift of the play-off places.

Norwich are currently fourth in the table, but have lost their last two consecutive league games, including a 5-0 demolition against promotion rivals Brighton.

Manager Neil has explained that Pinto is unlikely to be available against Leeds following his injury.

“Ivo is still in a position where I don’t think he’ll be available for the game,” Neil said, as quoted by the club’s official Twitter account.

Alex Neil: "Ivo is still in a position where I don't think he'll be available for the game." #ncfc

Pinto, 26, has been a major player in Norwich’s side this season at right-back.

The Portuguese defender has made 13 appearances this campaign and all of them have come in the club’s Championship matches.

He moved to Norwich in the January transfer window and could not help the club avoid relegation, but is a regular in their pursuit of an automatic return to the Premier League.

Centre-back Russell Martin has filled in at right-back during Pinto’s absence and is expected to do so again against Leeds.

The Whites have already faced Norwich once this season in the EFL Cup fourth-round, winning the tie 3-2 on a penalty shootout.

In other Leeds news, they are set to hold talks with their midfielder this month in a bid to agree a deal.