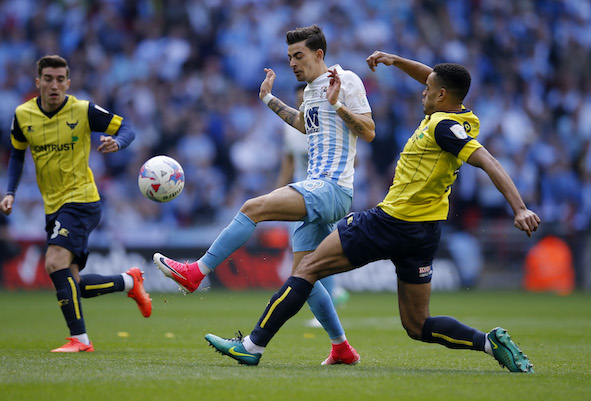 Nelson, 24, has emerged on Leeds’ radar as they look to bolster the central defensive options before the transfer window cut-off.

A source close to the situation has told Football Insider that Nelson figures highly on the wanted list of new Leeds boss Thomas Christiansen.

However, Christiansen will face a battle to persuade Oxford to sell Nelson with the defender being named club captain at the Kassam Stadium this summer.

Oxford boss and former Leeds assistant manager Pep Clotet is keen to keep hold of Nelson as he looks to build a squad capable of challenging for promotion this season and the U’s may try and price Leeds out of a move for their key man.

Nelson joined Oxford only last summer from Plymouth Argyle after seeing out his contract at Home Park.

The powerful central defender he quickly established himself as a key player at the Kassam Stadium, making 43 appearances in all competitions last season.

Former Stoke trainee Nelson is regarded as one of the best defenders in the lower leagues after impressing at Plymouth and now Oxford.

In other Leeds United transfer news, the club are pushing hard to sign a brilliant £59,000-a-week striker.