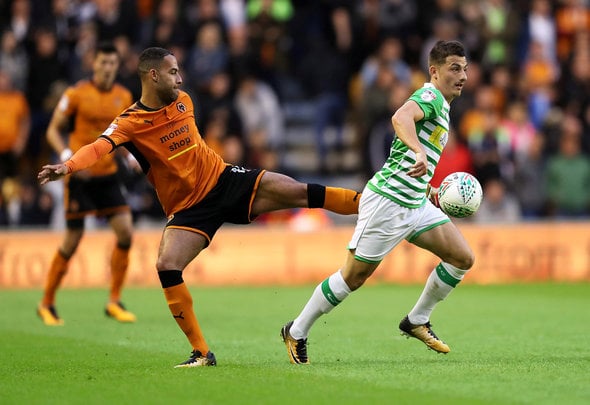 Leeds United are battling Leicester City and two Championship rivals to sign Wolves winger Jordan Graham, according to a report.

The Mail claim that Thomas Christiansen’s side are locked in a late-window fight with Hull City, Fulham and the 2016 Premier League champions to land the highly rated wide man, 22.

It is said that Leicester are in pole position but Leeds are also keen to land the 22-year-old, who has returned to full fitness following injury last year.

Leicester are keen to sign Graham as a replacement for Tom Lawrence, while Leeds and Fulham are pursuing a loan deal.

Aston VIlla academy product Graham has started two games this season but has been used in an unfamiliar wing-back position by Wolves manager Nuno Espirito Santo.

Graham has slipped down the pecking order at Wolves but was in outstanding form prior to the injury he suffered in 2016, when he was regarded as one of the Championship’s outstanding young players. Despite the stalling in his progress, he remains an exciting talent who is capable of creating and scoring goals – his 17 Wolves appearances have yielded an impressive eight assists – and he would have more chance of making an impact at Leeds. The Molineux club have spent big as they gamble on promotion, while Leeds have been more cautious in their transfer activity. This could be a smart deal if they pull it off.

In other Leeds United transfer news, the club’s fans have hailed an imminent £7.5million signing who will transform the team.