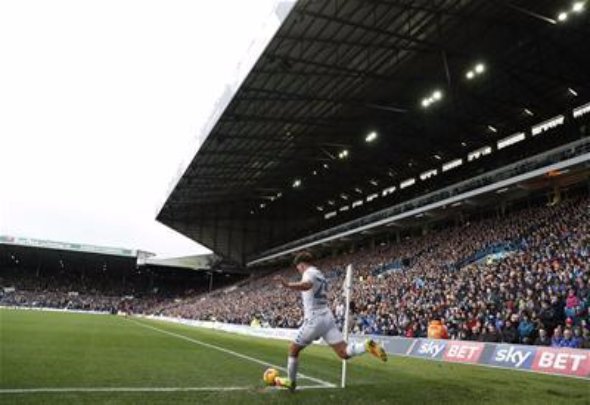 Leeds are keeping tabs on Spanish midfielder Mario Ortiz, according to a report.

Spanish website Leonoticias claims that the 28-year-old is owned by the Qatari Aspire Academy and has recently signed a new two-year deal with Spanish side Cultural Leonesa, but could still find his way to Elland Road in the near future.

It is understood that Belgian outfit KAS Eupen could also be a destination for Ortiz, as they too have a strong link with the Qatar-based academy.

Ortiz is registered to the Apsire Academy, whose director general is the newly-appointed Leeds director Ivan Bravo, who earned a role at Elland Road in April.

The central midfielder helped Leonesa earn promotion to the Spanish second tier this season as Segunda B champions.

He made 45 appearances across all competitions, scoring three goals during his debut season with the Spanish club and has previously had spells with Racing Santander, Espanyol and Albacete.

It would definitely be a bit of a surprise if Leeds land a player who has been recently playing in the Spanish third tier. Bravo’s link with both Aspire and the Yorkshire club seems to be what could potentially push a deal through, although Leeds could also use that chance to capitalise on Eupen’s impressive performance in Belgium this season as they are owned by Apsire. Ortiz seems like a decent central midfielder but it’s unlikely a player of his quality could perform in the Championship, especially when the Whites could be making a push for promotion in the 2017/18 season.

In other Leeds news, Andrea Radrizzani has delivered an update on the Whites’ manager search.