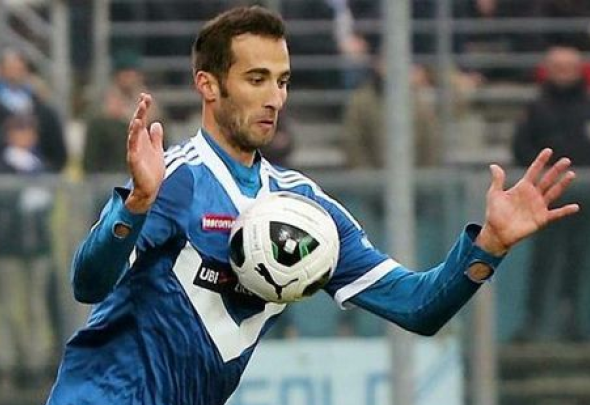 The Bari centre-back never featured for Chelsea during his three years there, and has now been linked with a move to Leeds.

Speaking to Italian publication TuttoBari, the 33-year-old blamed the West London club’s influx of players for his non-appearance at Stamford Bridge during the Abramovich revolution.

“My adventure at Chelsea was hit and miss,” said Di Cesare. “I was too young, then came Abramovic which opened a new era, that led to the club buying so many champions.”

Italian website Tuttomercatoweb claim that Leeds are interested in signing the veteran centre-back on-loan, but will have to rival Hellas Verona to sign the 6ft 2in defender.

Di Cesare, who has also had spells with Vicenza and Brescia, has just 12 months left on his contract with Bari and would be available for a nominal fee should Monk want him permanently.

The former Torino defender has been linked with a move to Elland Road as manager Garry Monk looks to continue his overhaul of his inherited squad.

Bari’s number 13 made 31 Serie B appearances last-term as his side finished fifth and qualified for the play-offs, where they subsequently lost in the semi-finals.

A move to Leeds, which would be his tenth different side, would give Monk’s young defence some much needed experience, with only Berardi and Bamba being over the age of 26.

Monk, who has already brought in six new faces, is looking to add experience to his young side and has been linked with moves for Leon Osman, Mathieu Flamini and Andrea Lazzari.

In other Leeds transfer news, new signing Matt Grimes has declared his delight at the Yorkshire giants’ support.