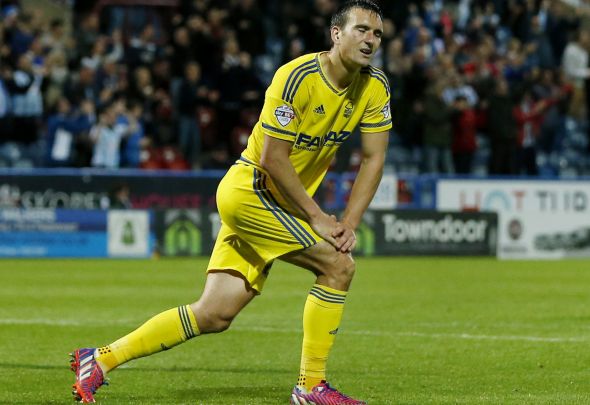 Leeds have made an approach for Nottingham Forest centre-back Jack Hobbs as the club eye their eighth summer signing, according to a reliable journalist.

Manager Garry Monk has overhauled the squad this summer, with signings such as Pablo Hernandez, Robert Green and Kemar Roofe generating optimism on the terraces of Elland Road.

Yorkshire Evening Post journalist Phil Hay has now revealed via his personal Twitter account that 27-year-old Hobbs is on the club’s radar and that an enquiry has been made to Championship rivals Forest.

Told that Leeds have made an enquiry about Forest centre-back Jack Hobbs. Not an easy one to do – he's got two years left on his deal. #lufc

Leeds have only three senior centre-backs in their, in the shape of Liam Cooper, Sol Bamba and on-loan Swansea man Kyle Bartley.

All three are known to be injury-prone, with vice-captain Cooper still recovering from a muscle strain and unlikely to be available for the start of the season.

Former Liverpool centre-back Hobbs has made just 37 Championship appearances in two seasons for Nottingham Forest, largely being second choice to the likes of Matt Mills and Michael Mancienne.

Polish international Damien Perquis, who has signed at the City Ground from MLS side Toronto, is also likely to be ahead of Hobbs in the pecking order.

As Hay states though, the former England under-19 international still has two years remaining on his Forest contract, with new City Ground manager Philippe Montanier under no pressure to sell.

Hobbs is no stranger to the Championship, racking up an impressive total of 218 games in England’ second tier for the likes of Hull City, Leicester City and Scunthorpe United.

In other Leeds transfer news, this Belgian left-back could be the man to replace wantaway star Charlie Taylor.