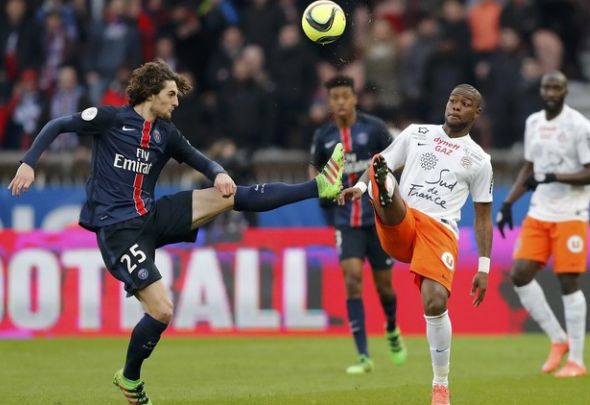 Leeds are leading the race to sign Montpellier defender William Remy despite interest from multiple English sides, according to a report.

French newspaper L’Equipe claim the 26-year-old has been in contact with a number of English clubs, but Leeds are pressing the most with QPR also said to have made an enquiry.

However, the report claims that only approaches have been made for the one-time France Under-19 international, and no concrete offers are yet to be tabled.

Leeds have been busy on deadline day, confirming deals for strikers Pawel Cibicki from Malmo and Pierre-Michel Lasogga on a season-long loan from Hamburg.

But they are yet to add a centre-back despite only having Liam Cooper, Conor Shaughnessy and Pontus Jansson available at the heart of their defence.

However, Irish stopper Shaughnessy is not considered Championship quality as he is yet to be proven at that level, while Matthew Pennington suffered an ankle injury in his first game after joining on loan from Everton.

Remy boasts bags of pace at the back as well as offering plenty of power and would be more than adept in the physical Championship.

In the final year of his contract at Montpellier, he could be allowed to leave the French side as they look to receive a transfer fee for his services rather than losing him for nothing next summer.

Leeds must add a new defender to their squad before the end of the window and have money to spend following the sale of Chris Wood to Burnley for £15million plus add-ons. Remy offers versatility at the back, the ability to play at right-back as well as holding midfield, and speed that none of the Whites defenders currently possess. Leeds have completed a number of signings from overseas due to the presence of sporting director Victor Orta, and plenty of those foreign recruits have shined in the Championship including Ezgjan Alioski, Samu Saiz and Felix Wiedwald. Remy has more than enough quality to thrive in the second tier of English football and must be signed.

In other Leeds transfer news, the Whites have agreed to sign this striker.