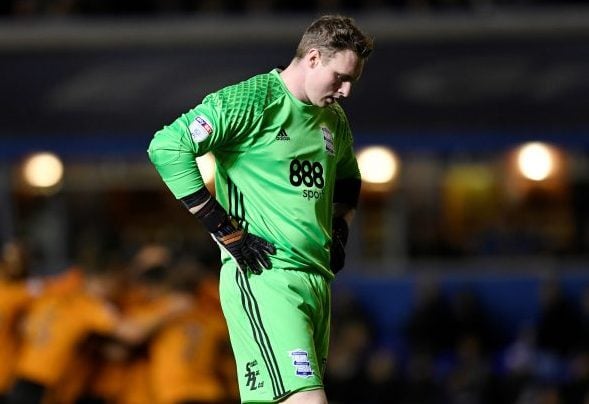 Leeds United have made an offer for Birmingham City goalkeeper David Stockdale, according to a report.

The Yorkshire Evening Post claims that Leeds have offered to bring in Stockdale on a season-long loan deal, with a view to a permanent transfer at the end of the season.

The 32-year-old was a regular for the Blues last campaign, making 39 appearances in all competitions and conceding 58 goals as Garry Monk’s side avoided relegation from the Championship.

The Yorkshire giants are currently on the lookout for a goalkeeper after the previous number one Felix Wiedwald was sold to Eintracht Frankfurt recently.

It is claimed that veteran Andy Lonergan will probably follow him out the door this summer.

Leeds United will be desperate to get some goalkeeping reinforcements through the door after the sale of previous first-choice keeper Felix Wiedwald, with the possible season-long loan deal for Birmingham City’s David Stockdale being a very smart move on the club’s part. The 32-year-old is very experienced at this level and is a consistent performer, qualities which new boss Marcelo Bielsa will be wanting from his man between the sticks. The former Brighton stopper can also provide invaluable insight to youngster Baily Peacock-Farrell, who’s shown a lot of promise, but he will be able to benefit and learn from an accomplished tutor like Stockdale. The 21-year-old may even usurp the first-choice keeper as the season progresses, such is his potential, but Bielsa will want someone who he can rely on initially in what is a tough opening few fixtures. This is a sensible deal which benefits both clubs, expect this to happen imminently.