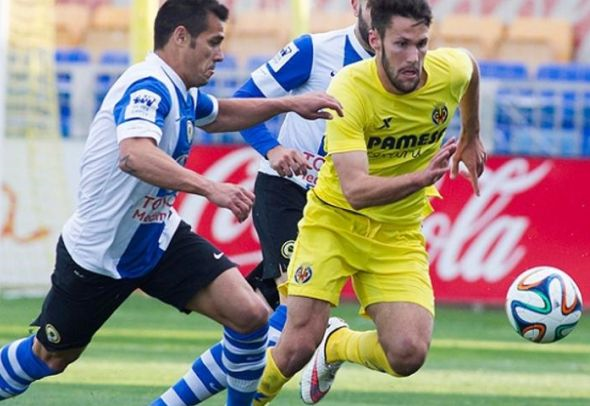 Leeds will make a six-figure payment to smooth through the January signing of forward Alfonso Pedraza, according to a report.

Sky Sports claim on their transfer centre blog (Tuesday, 11.12am) that the Championship big hitters will pay the costs of the loan fee needed to secure the Spaniard until the end of the season.

It is said that Pedraza has undergone a Leeds medical as he puts the finishing touches to a loan-to-buy deal.

The 20-year-old left-winger will be on loan until the end of the season but with a view to a permanent transfer that could be worth up to £8.5million, but which reports elsewhere have stated will only happen if Leeds are promoted to the Premier League.

Sky Sports report the loan fee is £300,000, which Leeds had to pay to end Pedraza’s previous loan spell with Spanish second-tier outfit Lugo, which was initially due to run for the entirety of the season.

Pedraza, 20, is set to become the club’s second signing of the winter window following Pablo Hernandez, who signed a permanent deal earlier this month after initially impressing on loan.

The Spain Under-21 international has been a goal machine from his wide forward role this season, scoring a highly impressive six goals in addition to supplying eight assists from 22 league matches at the equivalent level to the Championship.

Garry Monk’s side are flying high in the league after overcoming a difficult start to the campaign to mount a genuine automatic promotion challenge.

This deal could be a great coup for Leeds. Pedraza has a fine record in the Spanish second tier this season both for creating and scoring goals, and could be a real asset to Leeds’ promotion challenge. The calibre of the clubs trying to sign him – Newcastle and Real Sociedad among others – demonstrates that the left winger has caught the eye of some top-level scouts with his performances for Lugo. He is raw and will take time to adjust to the physicality of the Championship but he is regarded as a pitbull-type player in his homeland, which should hold him in good stead for the notorious rough and tumble of England’s second tier.