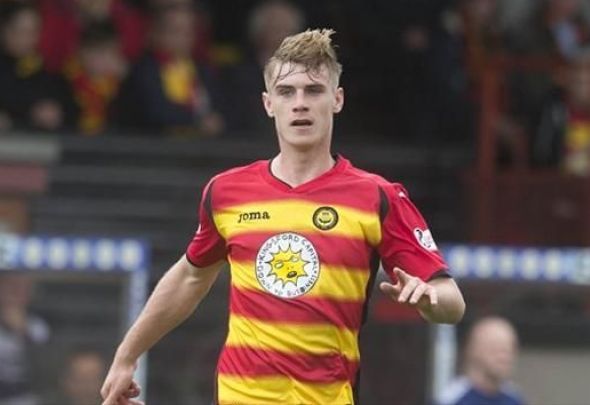 Leeds must throw their hat into the transfer ring once again for Partick Thistle prodigy Liam Lindsay to solve Garry Monk’s centre-back problem.

The Daily Record claim 21-year-old Lindsay can leave for £750,000 in the summer, with Charlton and Bolton also interested in the Scottish Premiership defender.

Back in December 2016, The Daily Record claimed Lindsay was a target for Garry Monk’s Leeds, after shining in the top flight of Scottish football.

Here, Football Insider analyses three reasons how the commanding centre-back would prove to be a top signing should he move to Elland Road in the summer.

Kyle Bartley’s future with the Yorkshire giants remains in doubt as the Swansea defender is yet to confirm that he has signed a permanent deal with Leeds, despite proving to be an integral member of Monk’s promotion push. Without Bartley, Leeds are left with only Liam Cooper and Pontus Jansson, with interest high in the latter. Even if the former Champions League side do manage to fend off interest in Sweden international Jansson, Monk is likely to be left with only Cooper and the former Torino defender and needs numbers at centre-back – Lindsay would provide them.

Lindsay burst onto the scene for the Caley Jags this season after a sublime bout of form both at the back and in front of goal. Standing at a huge 6ft 3in, Lindsay’s aerial prowess strikes fear into his opponents and has allowed him to score seven goals during his 39 league and cup appearances this season. Keeping 11 clean sheets at the back too, Lindsay is a carbon copy of both Bartley and Jansson, who are also renowned for their height, ability on the ball and prolific form in the opposition’s penalty area.

At £750,000, the right-footer could turn out to be a bargain for Leeds this summer with the Scottish ace well before his prime at only 21 years of age. Given a decent run in the side, Lindsay has plenty of potential and could become an integral member of the Yorkshire giants’ starting eleven, seeing both his stock and resale value massively increase to the benefit of Leeds. At less than £1million, it is rare to find a central defender of decent Championship quality but Lindsay could be available for just that in the summer.

In other Leeds transfer news, Chris Wood has given this verdict on his Elland Road future.