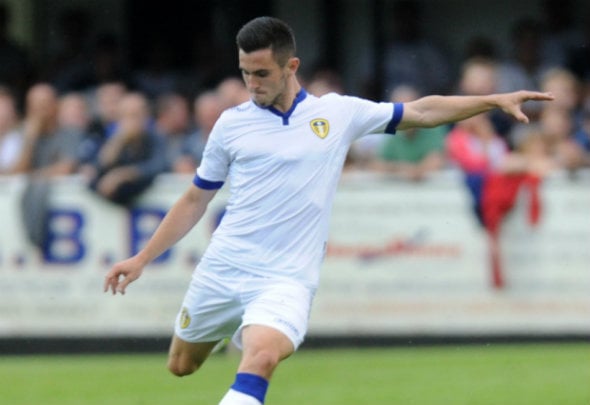 Steve Evans believes Lewis Cook has no real competition for the Football League Young Player of the Year award.

Cook is on the three man shortlist for the coveted award and will compete with Fulham striker Moussa Dembele and Walsall left-back Rico Henry for the honour.

Dele Alli and Gareth Bale are among a host of previous distinguished winners and Evans is adamant that Cook will be able to brush aside his rivals for the crown.

“Are there any other nominees?” said Evans speaking to LUTV. “There shouldn’t be, should there? There is only one.

“He’s got everything. That’s why he was the subject of multi-million pound offers from different clubs in the January window. He’s a fantastic talent, he’s a fantastic kid, he’s a winner.

“Technically he’s magnificent. He’s got a huge desire and a huge heart to play football and a real example of the type of player we want to have hear at Leeds United.”

Cook has been the stand-out performer for Leeds this season and a very bright spark in an otherwise bleak season.

The 19-year-old has racked up 41 appearances and two goals for Leeds in all competitions this campaign.

His nearest competitor for the gong will probably be Fulham’s striking sensation Dembele, who has scored 14 Championship goals as well as collecting seven assists in the league.

Dembele’s move to Tottenham collapsed in January, but he is out of contract in the summer so Fulham will find it difficult to hang on to their 19-year-old forward once the summer transfer window opens.

The final contender is League One prospect, Henry who has been mooted to follow in the footsteps of former lower league stars, Jamie Vardy and Alli.

However, Evans does not see Dembele or Henry as a challenge for Cook and believes the midfielder’s talents stretch far beyond that of his fellow nominee.

The 53-year-old said: “There will be some good other nominees, but my point of view is that if Lewis doesn’t win it, I’ll be really, really surprised. He’s just simply top class.”

In other Leeds news, Evans has revealed he regularly speaks to Premier League managers about his star midfielder.