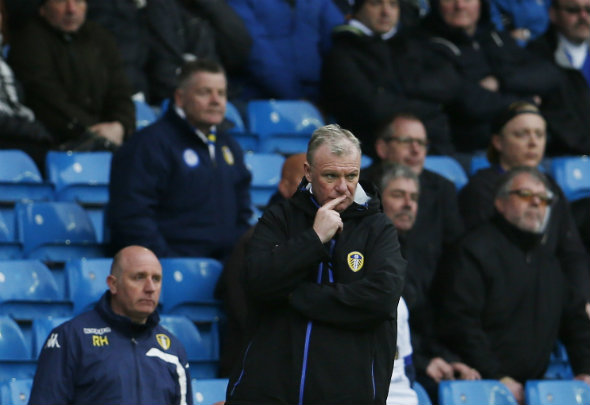 Steve Evans has been installed as the new odds-on favourite to be the next Leeds manager.

The former Rotherham manager become the 1/1 favourite with Sky Bet on Friday after recent developments drastically altered the betting.

The 53-year-old is the current Leeds boss, but was expected to be out of a job once owner Massimo Cellino had found a new manager.

However, developments in recent weeks and days have helped Evans shoot up the list after key contenders dropped out of the running.

Karl Robinson had been the favourite at the start of the week, before it emerged he had rejected the opportunity of becoming manager at Elland Road.

Bristol Rovers manager Darrell Clarke was then installed as the new frontrunner on Tuesday when his club confirmed Cellino had made an approach for the 38-year-old.

Cellino is reported to have reached a compensation agreement with Rovers for Clarke’s service, but it was announced on Friday that former Salisbury manager would be staying at the club.

Clarke guided Rovers to promotion into League One this season and his Leeds snub has result in Evans’ odds have being slashed.

Although Evans has been given no indication that he will remain as Leeds boss, the Scotsman has returned to Elland Road to begin pre-season preparations.

Evans’ deal with the club is due to run out in the coming weeks and he has not been offered a permanent deal after initially signing a six-month rolling contract in October.

The Whites finished the season 13th in the Championship after Evans managed to steer them away from the relegation fight they were engulfed in at the end of last year.

In other Leeds news, Evans has given Cellino until next week to make up his mind.