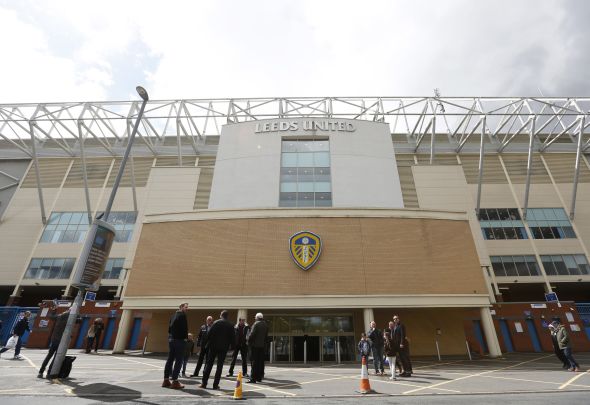 Leeds are the subject of a new takeover bid from a Chinese consortium which is led by diehard fan Steve Tappin, according to reports.

The Yorkshire Evening Post claim that Tappin,who is a part of consultancy group Xinfu, has been holding talks this week as he looks to orchestrate a takeover of his beloved side.

Chinese media outlet China Daily report that the consortium led by Tappin could be set to make a huge offer of around £100million, as well as an injection of working capital.

Regards Chinese TO, #lufc fan Steve Tappin, CEO/founder of consultancy Xinfu, has been holding talks with consortium in Beijing this week.

The interest in the Yorkshire giants comes after Leeds’ current owner Massimo Cellino claimed that he wanted to sell the Championship club.

The consortium consists of as yet unnamed Chinese entrepreneurs as well as a private equity group.

Tappin declined to comment on the precise details of the potential offer to buy Leeds when contacted by the Yorkshire Evening Post.

However, Tappin, who is also presenter of The CEO Guru series on BBC World, is reported as saying in an article in Friday’s China Daily: “I have had a series of meetings with related parties all this week, and there is definite interest in buying Leeds, but I want to ensure it would be with long-term investment, significant working capital and the right governance so it can be a stable platform for sustainable Premier League success.

“Leeds United is a big club. They have a very strong fan base and huge potential for investors, particularly if it can be returned to the Premiership.”

Media-friendly owner Massimo Cellino is currently the major shareholder with an 81.58% majority ownership of the Whites.

‘I’ve had enough,” Cellino told the Daily Mail back in May. “It’s better to walk out, not because I’m dishonest but because I’m tired and hurt and lonely.”

In other Leeds news, manager Garry Monk is keen on signing this South American winger.