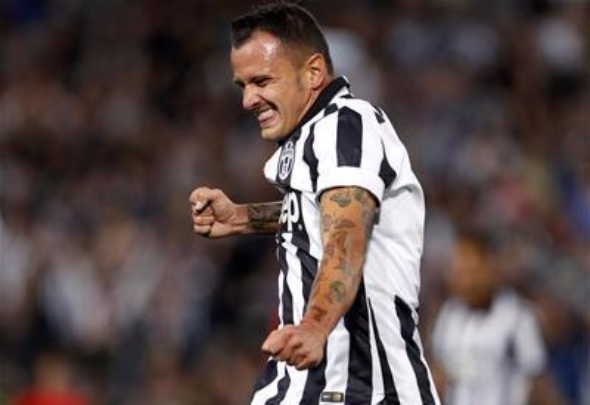 Leeds could be ready to make a move for former Italy winger Simone Pepe, according to a report.

The Express claim Leeds owner Massimo Cellino might be tempted to target the right-winger for a second consecutive summer after his contract expired at Chievo.

Italian website Tuttomercatoweb report that Pepe will hold a meeting with his agent and Chievo chiefs about the possibility of an extension at the start of next week and will then make a decision about his future.

The outcome of that could determine whether the player will decide whether to quit Italy and consider a move to England.

The 32-year-old arrived at Chievo last summer after five years at Juventus, but he only penned a one-year-deal with the club, leaving him free to depart.

The 23-time capped Italy international had a positive season in Verona where he starred in 23 encounters across all competitions scoring three goals and providing three assists helping the club finish in the top half in Serie A.

Under the ownership of Massimo Cellino since 2014 Leeds have welcomed five Italian nationals to their squad which include current goalkeeper Marco Silvestri and the Yorkshire club has also seen an influx of players based in Italy since Cellino’s involvement.

Leeds will be looking to make a return to the Premier League for the first time since 2004 and will be hoping the four-time Serie A winner can help them achieve promotion.

In other Leeds news, former Whites star Andy Ritchie has dismissed the notion that the signing of Marcus Antonsson is a gamble.