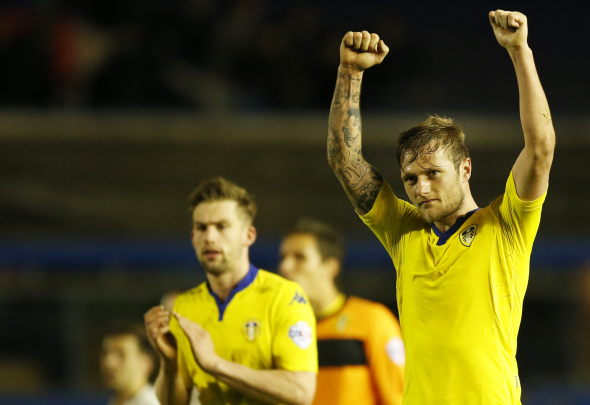 Leeds defensive duo Charlie Taylor and Liam Cooper have been targeted by Premier League side West Brom, according to a report.

Tony Pulis is keen on bringing full-backs to the Hawthorns, after playing centre-backs out of position for much of last season with Jonny Evans and Craig Dawson lining-up on each side of the defence.

The Express & Star claim that Leeds’ fans player of the season Taylor is interesting Pulis, with a reported £5million price tag enough to win the 22-year-old’s signature.

The left-back has a year left on his contract, and Pulis will be looking to use that to his advantage as he tries to get the best deal for Midlands side.

Pulis, who managed Stoke City before taking over the reigns at The Hawthorns, has also been linked with a move for Leeds vice-captain Cooper.

However, he is not believed to be as high on the 58-year-old’s wishlist, with a surplus of centre-backs currently plying their trade with The Baggies.

New Leeds manager Garry Monk will also be keen to hold onto Cooper, as he has allowed Giuseppe Bellusci to go on loan to Serie A side Empoli.

In other Leeds news, Taylor’s potential replacement has signed a new contract at Elland Road.