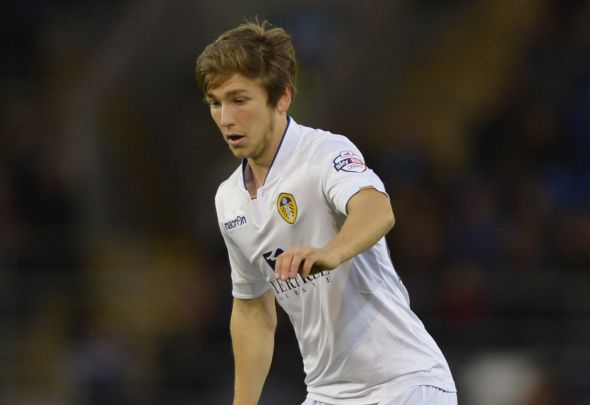 Former Leeds midfielder Chris Dawson has signed with Norwegian top-tier side Viking FK, it was announced on Wednesday.

Vikings, who finished fifth in the Tippeligaen last season, announced on their official website that Dawson has joined on loan until January.

The 21-year-old was released by Leeds in January of this year after initially being regarded as a great prospect at the club and joined Yorkshire rivals Rotherham.

The Wales Under-21 international was picked to play for Leeds as an 18-year-old, but in the next three years at the club played just three more matches.

The Yorkshire giants have an impressive track record of bringing players through their academy, with Sam Byram, Charlie Taylor, Alex Mowatt, Kalvin Phillips and Lewis Cook all being important players at the club in the 2015-16 season.

They were unable to hold onto Byram, who left for West Ham in January, and Cook was signed by Bournemouth for £6million earlier this summer.

It has been a busy transfer window for Leeds, with manager Garry Monk making nine new signings.

Among those include Kyle Bartley and Luke Ayling in defence, Liam Bridcutt in midfield and Marcus Antonsson up front.

Their latest deal was finalised on Tuesday morning when secured Bridcutt on a permanent transfer from Sunderland.

In other Leeds transfer news, they are in line to finalise their 10th signing on Wednesday and the deal will be loan-to-buy.