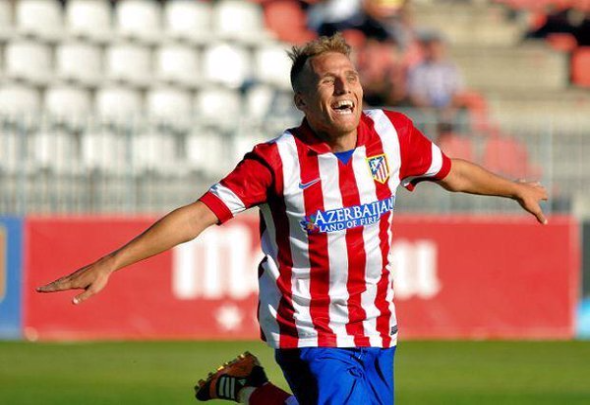 Leeds are keeping close tabs on Spanish forward Samu Saiz, according to a report.

Spanish publication AS Diario claim the 25-year-old is attracting interest from a host of clubs, including Leeds, Leicester, Las Palmas and Sporting Gijon.

It is also claimed that he could be available for a modest fee, as he has a release clause of just £420,000.

The Whites are looking for options at the top end of the pitch after struggling to score at crucial points during the 2015-16 campaign.

The Yorkshire club scored just 50 goals from their 46 games in the recently completed season and top scorer Chris Wood finished the year with just 13 league goals.

The Championship club also finished with a negative goal difference and were only one of two clubs to finish in the top 15 to do so.

However, Leeds are now looking to start fresh and invest in the attacking department under their new manager Garry Monk, with Saiz on the list.

The Spanish forward started his career in the youth ranks at Real Madrid before moving on after failing to break through at the Bernabeu.

The striker scored just three goals in 30 appearances across all competitions for Spanish second division side Huesca in the recently completed season.

In other Leeds news, Garry Monk believes he has acquired the perfect man in Kyle Bartley.