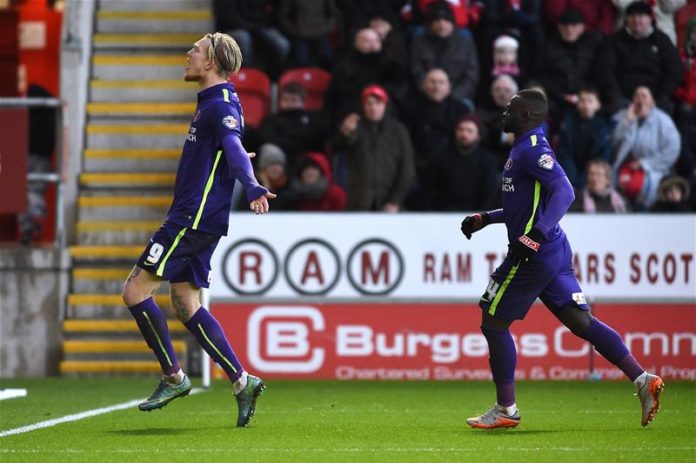 Leeds are keeping a close eye on giant Danish striker Simon Makienok, according to a report.

The 6ft 7in spearhead spent the 2015-16 season on loan at Charlton from Italian side Palermo.
According to Italian transfer website TUTTOmercatoWEB, Leeds are weighing up a move for Makienok as they consider keeping him in the Championship.
It is said that the 25-year-old, who has two years remaining on his Palermo contract, is being targeted for another loan move.
However, it is reported that Palermo will listen to permanent offers for Makienok, who has never really settled in Sicily since his move from Brondby in 2014.
Leeds are in the market for a new striker this summer after deciding not to offer a new deal to Mirco Antenucci after his contract expired.
The club’s only senior front man is Chris Wood, who was the team’s leading scorer this season with 13 goals from 36 Championship matches.
Makienok scored fives goals and supplied three assists in 33 Championship matches this season as Charlton were relegated from the second tier.
He has also been linked with a move to another Championship outfit, Preston.