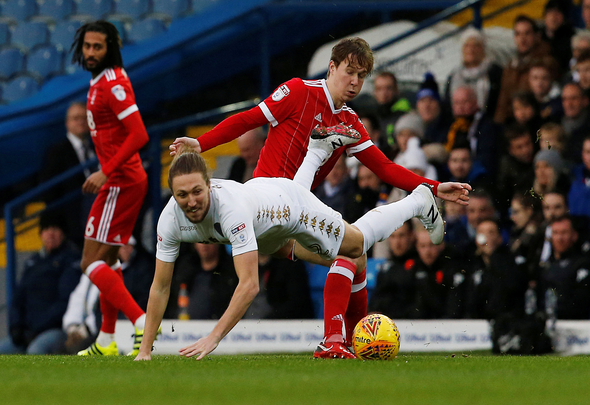 Leeds United have been dealt a hammer blow after confirming that defender Luke Ayling is set to miss the rest of the season after surgery on an ankle injury.
The Whites revealed that their worst fears had become a reality via their official Twitter account as well as the club’s website, stating that the 26-year-old is set for a long-term layoff having undergone an operation to address the issue suffered at the turn of the year.

Ayling had been an ever present for the Whites prior to his substitution against Nottingham Forest on New Year’s Day, playing every minute of the club’s 26 Championship matches, as well as appearing in all of their League Cup outings.
Having arrived from Bristol City in the summer of 2016, the right back has gone on to make a total of 73 appearances for the club, chipping in with five assists but still waiting to net his first goal.
Manager Thomas Christiansen may consider switching things around in defence ahead of the club’s clash against Ipswich Town on Saturday, having seen Vurnon Anita fill in on the right during the club’s shock 2-1 defeat to Newport County in the FA Cup on Sunday.
Gaetano Berardi, who has been filling in at left back in absence of an experienced figure in the position, is the only other natural right back at the club.
In other Leeds United news, the club are in the hunt to snap up a bargain deal for a top flight international hit man.