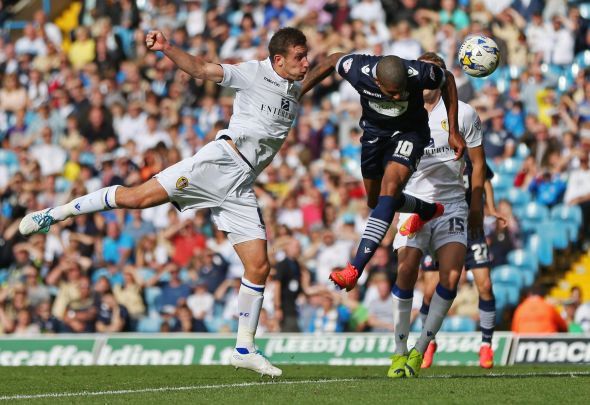 Leeds are one of four Championship clubs interested in signing Nottingham Forest’s versatile forward Jamie Ward, according to a report.

The 30-year-old starred at Euro 2016 for Northern Ireland, playing an integral part in all four of his country’s games in France.

Daily Mail reported on their transfer news blog on Thursday that the forward is interesting Leeds, as well as Championship rivals Brighton, QPR and Birmingham.

The Aston Villa trainee has two years remaining on his deal at the City Ground after signing a four-year deal back in 2014, when he joined on a free transfer from Derby.

Forest’s number 19 can play on both flanks, behind the striker or as a striker himself and brings a wealth of Championship experience as well as an eye for goal.

In eight seasons in the Championship, Ward has hit the back of the net 45 times in 232 games, while chipping in with another 37 assists.

Last season, the former Sheffield United man scored just two goals in 31 league appearances which has led to him becoming seemingly available to move away from Philippe Montanier’s side.

Leeds have been looking for attacking additions to add to their goal threat as they target promotion back to the Premier League for the first time since in 2004.

In other Leeds transfer news, Monk has given an update on the transfer saga surrounding star-player Charlie Taylor.