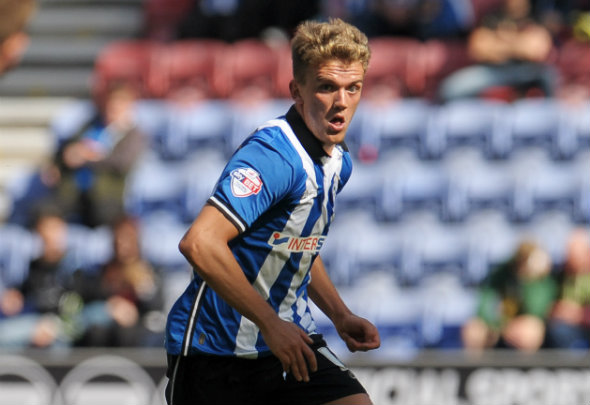 Garry Monk wants to bring Wigan playmaker Emyr Huws to Leeds, according to a report.

The 22-year-old was making his way through the Swansea youth ranks when Monk was still a player at the club.

The Sun on Sunday newspaper (page 65) claim that Monk wants the former Manchester City youth player, but will need to find £2m to make the deal happen.

Huws would be an ideal replacement for Lewis Cook who left Elland Road for Bournemouth earlier in July.

Leeds received £6million from the Cherries for their star player, but Wigan’s £2million asking price could be a problem.

Wigan won’t have to sell and have the player tied down to the club for another two years.

Huws would become the second man to be re-united with the former Swansea manager at Leeds, after defender Kyle Bartley joined on loan.

Monk has already added seven new faces to his squad this summer, but has yet to replace Cook’s immeasurable influence in the starting eleven.

Huws made 30 appearances on loan at Huddersfield last season scoring five goals and providing three assists in the Championship.

In other Leeds news, the Whites are thought to be closing in on another young midfielder.