That is according to former Gunners striker Kevin Campbell, speaking exclusively to Football Insider correspondent Dylan Childs about the prospect of the 19-year-old departing the Emirates next month.

Sky Sports revealed today that the centre-half will be allowed to leave the club on a temporary basis when the transfer window reopens to gain regular first-team football. 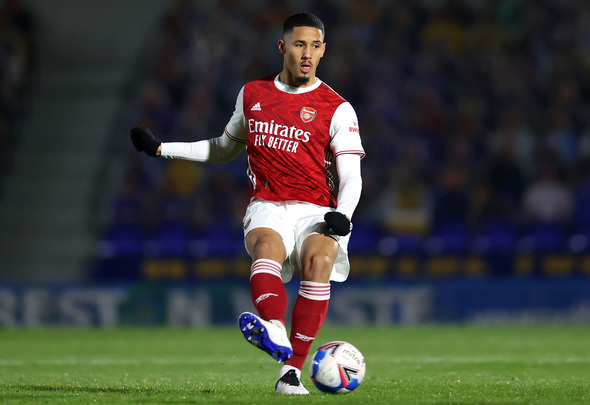 Saliba is yet to make a senior appearance for Mikel Arteta’s side since returning from last season’s loan spell at St Etienne, the club he joined Arsenal from for a fee of £27million in July 2019.

The France Under-20 international was left out of Arsenal’s Premier League squad in October, Arteta admitting that it was a “hurtful” decision.

When asked by Football Insider where he could see Saliba moving to in January,

“Saliba would either go to a Premier League team or a top Championship club.

“I will be honest with you, I want to see him stay at Arsenal this season. I do not want him going out on loan.

“But if he was to leave on loan I think Leeds would love to take him and we might just be pleasantly surprised as to how he performs.”

Leeds United have been rocked by injuries to senior centre-halves Diego Llorente and Robin Koch this month while Gaetano Berardi remains a long-term absentee.

Marcelo Bielsa suggested last week that the club were not looking to address this problem in the transfer market despite being forced to play right-back Luke Ayling as a centre-half against West Ham.

In other news, Leeds United tipped to sign a forward in January amid fears over Patrick Bamford.