Leeds United expect to sell midfielder Eunan O’Kane by the end of this month amid multiple-club interest, Football Insider has learned.

United will listen to offers for the Republic of Ireland international now he is fully fit again after Marcelo Bielsa made it clear he has no chance of breaking into his team.

A Leeds source has told Football Insider that the club are confident of selling O’Kane with League One and League Two clubs expressing an interest in a deal.

The Yorkshire giants want to sell the 29-year-old permanently rather than loan him out.

O’Kane has 18 months remaining on the long-term contract he was handed by Andrea Radrizzani soon after he took over as Leeds owner.

That did not prove to be a good-value deal for the Whites as O’Kane has not played for them for two seasons.

He suffered a horrific double leg fracture early into his loan at Luton Town last season, which scuppered Leeds’ hopes of selling him in the last window.

O’Kane is now fully recovered but has yet to be tested in first team football and that is a stumbling block for some of his suitors. 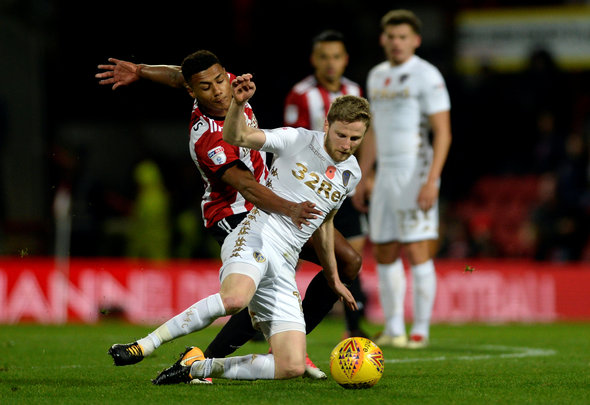 He is also seeking a long-term contract if he is to leave Elland Road three-and-a-half years after signing from Bournemouth.

Bielsa does not regard O’Kane as part of his plans going forward and would rather turn to the club’s youngsters if the senior central midfielders got injured.