The Macedonia international, 28, has entered the final eight months of his current deal, which expires next June.

A Leeds source has told Football Insider the club are keen to keep hold of the versatile winger and want to offer him an extension.

Manager Marcelo Bielsa is a big admirer of the extrovert left footer, who is a cult hero of the supporters, and regards him as a vital member of his squad.

Alioski is no longer a first choice starter at Leeds but has still be involved in four of their six Premier League matches this season.

He started his second league match of the campaign in the 3-0 win at Aston Villa last night after taking over at left-back in place of the redeployed Stuart Dallas.

The Northern Irishman had moved across to right-back to replace Luke Ayling, who slotted in at centre-back due to injuries to skipper Liam Cooper and £18million summer signing Diego Llorente.

All had impressive matches as Leeds produced a dominant performance that emphatically ended Villa’s four-match winning run to start the league campaign.

Alioski is regarded as an essential cog in the well-greased Leeds wheel by Bielsa and his coaching staff because of his versatility and ability to play various roles well. 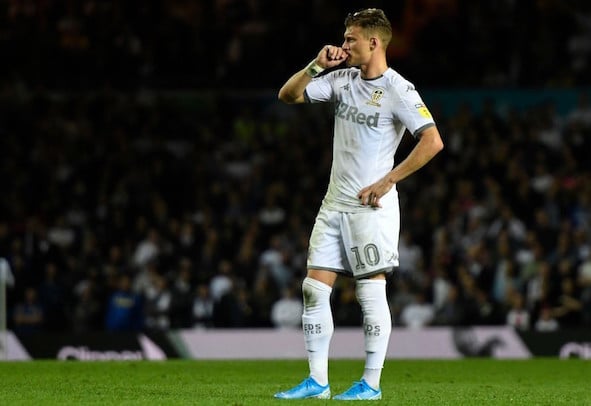 Alioski had started his previous two matches of the season – against Man City in the league and Hull City in the EFL Cup – on the left wing.

A 33-times international, he has played 138 times for Leeds since his summer-of-2017 arrival and scored 20 goals as well as supplied 16 assists.