Leeds United are working on two potential centre-back signings even if the club only end up securing one of them, Football Insider understands.

This site revealed last week that the Championship leaders have made Middlesbrough’s Daniel Ayala one of their top targets in the next window.

The long-serving Spaniard, 29, is out of contract this summer and yet to accept Boro’s offer of a new long-term deal. 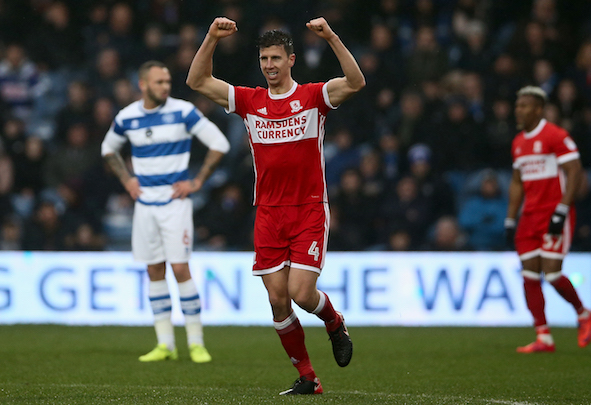 Leeds are also keeping close tabs on Tottenham’s Juan Foyth after indications he is looking for a new team.

A United source has told Football Insider that their pursuit of Ayala is currently more advanced although both deals are some way off.

It may yet come to pass that the club bring in only one senior centre-back, even if Ben White heads back to Brighton after an outstanding loan campaign.

Bielsa likes to maintain a relatively small squad and that is not expected to change too much even if Leeds get promoted, as expected.

Ayala is the less complicated of the two defender deals due to his contract situation and there being no requirement to negotiate a transfer fee.

He has Premier League experience as well as extensive experience in English football, mostly through playing in the Championship.

Leeds are also interested in Foyth, who has been well known to fellow Argentine Marcelo Bielsa since he took over at Elland Road two summers ago.

The Londoners are set to listen to offers for the Argentina international defender, 22, in the next transfer window.