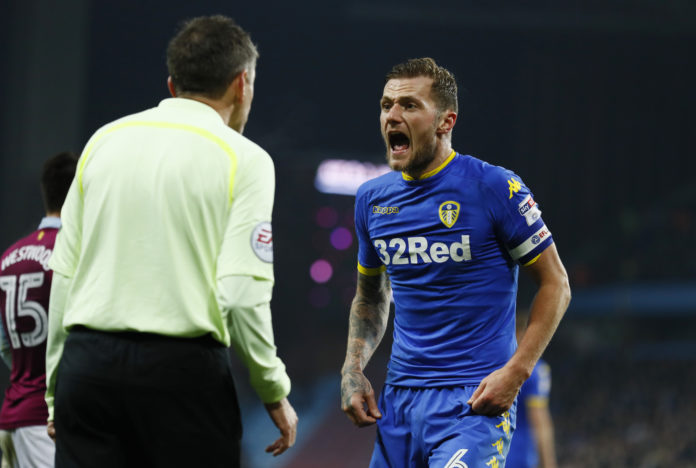 Leeds United captain Liam Cooper has admitted that he cannot guarantee he will not be sent off again after his red card against Cardiff.

The Scottish centre back saw himself dismissed against the Bluebirds in added time of the first half for a second bookable offence, leaving his team mates to play 45 minutes with 10 men.

The Whites ended up losing 3-1, knowing that Cooper would be missing for their next match against Sheffield Wednesday, a game in which Thomas Christiansen’s side were humbled 3-0 by their Yorkshire rivals.

However, while he admits that his sending off was a mistake on his behald, he has shockingly admitted that he cannot guarantee that such a critical flashpoint will not happen again in the future.

He also stated that he has been impressed with the new recruits at Elland Road, with no less than 14 new faces through the door either permanently or on loan.

Speaking to the Scotsman, the 26-year-old said: “What happened at Cardiff was very sloppy on my behalf.

“I’d like to say it won’t happen again but we all know the game and there’s a possibility it could.

“There have been a lot of new players coming in and often it takes time for them to get themselves used to the Championship.

“But the lads have come in and hit the ground running. It’s been great to be part of. Long may it continue.”

Cooper has made 99 appearances for Leeds since arriving from Chesterfield in the summer of 2014, with two goals and four assists to his name.

He could be set to win his first Scotland caps in their crucial World Cup qualifying clashes against Slovakia and Slovenia during the international break.

In other Leeds United news, Noel Whelan has slammed one star for his attitude.