Leeds United need to secure “global viewership” if they are ever to join Europe’s financial elite — and winning the FA Cup would have helped do exactly that.

That is according to football finance expert and new Football Insider columnist Kieran Maguire, speaking exclusively to correspondent Adam Williams after Leeds’ humiliating third-round exit at the hands of League Two Crawley Town.

Prize money for winning the FA Cup is usually a modest £3.8million but this year, as the financial impact of Covid-19 begins to take hold, the jackpot is even more meagre at £1.8m.

But in terms of advancing a team’s brand, the competition can still be rewarding, especially for a club outside the Big Six looking to gain entry into European football and the budgetary boost that comes with it.

Therefore, according to Kieran Maguire, Leeds early exit from the competition is very much a missed golden opportunity.

He told Football Insider: “I think it’s really good for profile. It then gives them access to Europe, in terms of the Europa League.

“While we watch the Premier League and we tend to watch all the matches, as far as the global viewership is concerned it is very focused on Liverpool and Manchester United etc.

“For Leeds to try to break into that market, I think they’d have to win a competition and then start playing that football in Europe. Then people would start noticing this club was playing this end-to-end football which is very attack orientated.

“I vaguely follow, as we all do, what’s happening in Spain and Italy and so on. In doing that, you get to hear about a couple of clubs that are playing really good football, but would that actually make me switch on and watch a match live?

“Possibly not if it’s a domestic match, but if it’s a European match then you might watch them on BT on a Wednesday or Thursday night.” 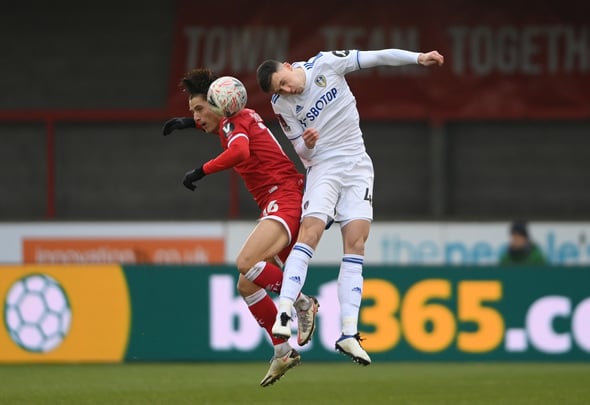 Leeds have now failed to advance past the third round of the FA Cup in four successive seasons.

After another early exit, they have not got further than the quarter-final stage for 33 years.

In other news, a former England striker has given his verdict on Leeds United attempting to sign a promising young centre-back.