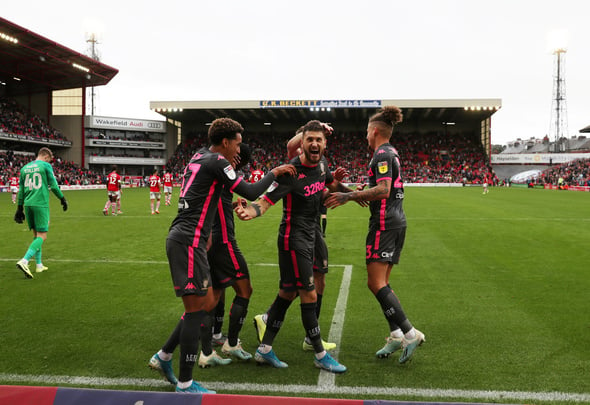 Leeds United will “romp” the Championship if they signed Aleksandar Mitrovic from Fulham in January, according to Noel Whelan.

Speaking exclusively to Football Insider, the ex-United forward hailed the Serbian striker as the player from the division who would ensure promotion was nailed on.

Leeds return to action on Saturday third in the league after a fine start to the season that has left them well placed to challenge for one of the three promotion places.

But Whelan claims Marcelo Bielsa’s side is still lacking a centre-forward who can bulldoze defences and score prolifically at Championship level.

“Leeds need another centre-forward in January, two isn’t enough,” Whelan told Football Insider. “Who would I most like from the league? If we had Mitrovic at Leeds we would romp the Championship.

“Seriously. He’s that good. He ticks every box for a striker at Championship level – big, powerful, committed, great in the air and on the deck, excellent finisher, a massive threat in and around the box.

“I wouldn’t expect us to sign him from Fulham but it would be brilliant if we did.”

He has scored prolifically for Fulham since joining from Newcastle United in January of last year, with 35 goals from 75 matches for the club.

In other Leeds United news, it can be REVEALED that the club have agreed the terms of a £5million-plus deal.