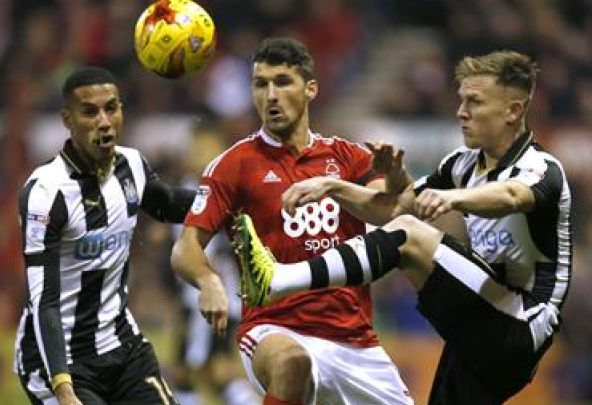 Nottingham Forest defender Eric Lichaj has backed his side to bounce back strong after their disappointing East Midlands clash with Derby.

Forest were comfortably beaten 3-0 by their bitter rivals on Sunday, which left them 16th in the Championship, five points clear of the relegation zone.

However, Lichaj insists that there is no time to dwell on the defeat, and that he and his team must turn their focus ahead to winning their clash with Preston on Wednesday night.

The defeat brought to an end Forest’s three-match winning streak, but they are still unbeaten at home since 2-0 defeat to Reading on October 29.

Forest have three games in the next week, and Lichaj remains confident his side can return to winning ways.

He said via the club’s official Twitter account: “It was a bad day to have a bad game on Sunday, but we have looked at the video and we now move on to Wednesday.

“We sat there and we took the criticism as it was not good enough from any of us on Sunday.

“We have taken nine points from the last four games, and we want to show the fans that Sunday was a mishap and make amends for it.

“It has been a good run of form, and if we win tomorrow it will be 12 points from 15 which is good. We need to get back to winning ways and there is no point looking back on Sunday. It is in the past and we need to look forward.”

Nine points from their next three games could see Forest jump into the play-off places.

Preston, meanwhile, are 12th in the league, with just win from their last four league games.

EL: We need to get back to winning ways and there is no point looking back on Sunday. It is in the past and we need to look forward #NFFC

Lichaj has been a regular member of Philippe Montanier’s first-team squad, making 21 appearances in all competitions this term.

In other Nottingham Forest news, Montanier believes young Forest star can follow in the footsteps of Oliver Burke.