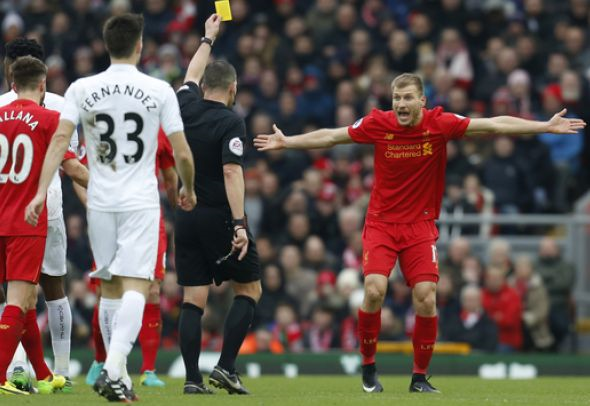 Liverpool defender Ragnar Klavan has said that he believes the Anfield crowd can play a huge part in the rest of the season.

Talking on the official club site, the 31-year-old made reference to Liverpool’s 1-0 victory over Manchester City on New Year’s Eve saying that the crowd on that day spurred the team on towards victory after it was clear they needed some extra encouragement.

Jurgen Klopp’s side are facing a testing time in the league at the moment as they have only won one game in their last 10 since the victory over City.

That win was a 1-0 victory over Plymouth in an FA Cup replay.

The Estonian had tasted the famous Anfield atmosphere before he joined Liverpool when he played for Augsburg in the Europa League last season.

“Our fans can make a big impact on the rest of our season; it is a big boost for us when they are with us from the first minute to the last,” he said on the club’s official website.

“The game against Manchester City was a perfect example. We were leading but they were pressuring us more in the second half, getting more possession and pushing us a little bit downfield.

“You could sense that the crowd understood that we were having a few difficult moments so they started cheering us all the more which gave us the extra energy to stay in the game and keep on fighting.”

Klavan has made 17 appearances in all competitions for Liverpool since joining the club in July 2016 for a fee of £4.25million. He has one goal to his name so far when he scored in the 3-0 win against Derby County in the EFL Cup.

The Merseyside club will be looking to arrest their current slump against second-placed Tottenham at Anfield on Saturday. A win could see them move back inside the top four in the Premier League.

In other Liverpool news, Micky Quinn says what he’s heard Liverpool will do this summer.