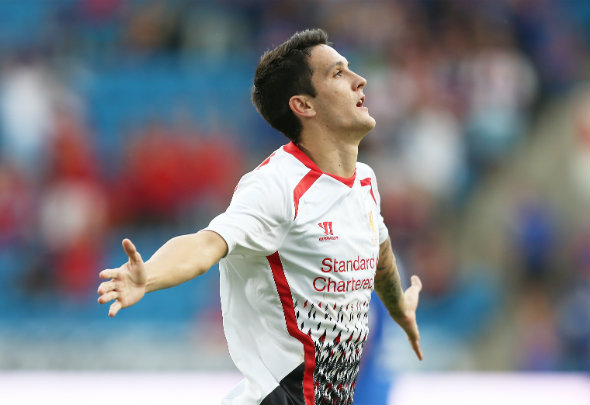 Liverpool are in talks to sell playmaker Luis Alberto to Valencia, according to a report.

The Reds have reportedly knocked back offers from Watford and Sevilla for the 23-year-old after slapping a £5million price tag on him.

The Liverpool Echo had claimed earlier this month that Championship giants Aston Villa were also interested in the attacker, who can play behind the striker or out wide.

The versatile attacker has struggled to make a breakthrough at Anfield, after signing in 2013. He has made just 12 appearances in league and cup encounters for the Merseyside club, following his £6.8million move.

With just two years left on his Anfield deal, Alberto is set to move to back to his home country permanently and putting his Liverpool disappointment behind him.

In other Liverpool transfer news, this Italian side are reportedly close to signing Mario Balotelli.