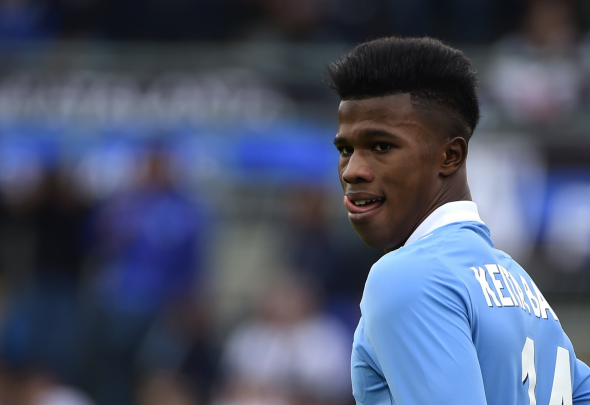 The 21-year-old has taken to Twitter to declare his disgust at the way he has been treated by the Italian giants, who are a club in turmoil after manager Marcelo Bielsa was hired and fired within 48 hours.

Italian website Calcio Mercato claim that Liverpool are not the only side interested in Keita’s signature, with champions Leicester, Inter Milan and Real Madrid all interested in the Senegal international.

The 21-year-old scored five goals and provided another eight in all competitions last season, making the left-wing position his own.

The Spanish-born forward, who was part of Barcelona’s La Masia academy between the ages of nine and 16, tweeted this on Monday afternoon:

““Lazio friends, I have decided, in agreement with the club, to postpone my departure for the pre-season training camp. I love and respect this shirt, but I can no longer accept the way they’re treating me. Things have been promised but never delivered, postponed deadlines, changed programmes. I’ve spoken several times with the President [Claudio Lotito] and the [sporting] director [Igli Tare], I’ve given my point of view but no-one cares.”

It seems that Keita is likely to be leaving the Stadio Olimpico this summer, with the Merseysiders having looked at Keita ‘several times’ according to the report.

However, Lazio aren’t under any pressure to sell Keita, with two years still remaining on his contract.

Liverpool are in the market for a winger after the sale of Jordan Ibe and have been linked with the likes of Lucas Moura, Mario Gotze and Julian Draxler. Klopp has already signed Southampton’s Sadio Mane for around £35million.

In other Liverpool news, this France Euro 2016 star is the second most likely player to sign on at Anfield this summer.