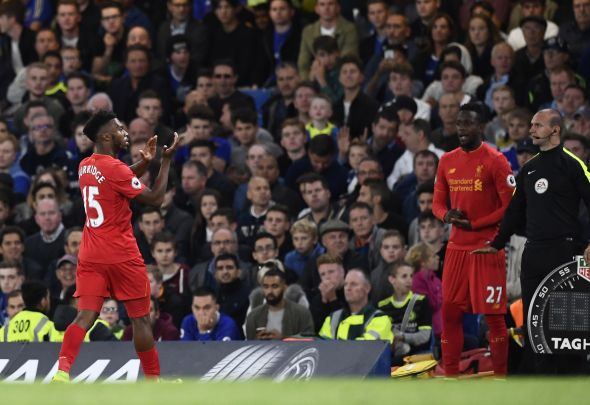 Liverpool attacker Divock Origi must seize his golden chance to resurrect his Anfield career after it was reported that Danny Ings will set to depart the Reds in the hunt for first-team football.

Ings is set to leave the Reds this summer, as reported by the BBC, as the 25-year-old has reached an agreement with Jurgen Klopp that will allow him to leave ahead of the new season.

With plenty of clubs probably preparing bids as soon as the news reaches them, it seems certain that Ings will soon have his bags packed and no longer be at the club.

While it may be sad to see a teammate to depart Origi has been handed a fantastic chance to revive his career at the Merseyside giants by Ings exiting as that’s one less player to compete with.

Goal report that Origi is set to be given a chance to prove himself to Klopp in pre-season and he must show that he is more than capable of playing a role in the upcoming campaign.

The 23-year-old centre-forward, who can also feature as a winger on either flank, is an exciting talent but lacks consistency.

Origi has so far managed only 21 goals in 77 appearances for the Reds and due to not being able to regularly score the goals required of him, he spent his 2017/18 campaign on loan at Wolfsburg.

When in Germany during his last campaign the 23-year-old dazzled on occasions and looked to be a player who would be capable of doing a job at Anfield.

Origi ended his loan spell at Wolfsburg having scored seven goals, while creating three, in 36 appearances across all competitions for the Bundesliga side.

As Klopp will be looking for a forward capable of providing cover for his current potent front three, Mohamed Salah, Roberto Firmino and Sadio Mane, then Origi has a chance of being back regularly in the first-team set-up at Anfield.

Especially as Ings found himself getting opportunities from the bench in the tail end of the 2018/19 campaign which means that with his inevtiable exit there’s definitely now room at the club for Origi.

Therefore the 23-year-old has to take his chance to make a memorable impression on Klopp as he could find himself pulling on a Reds shirt regularly in the 2018/19 season if he successfully shows the German boss everything he is capable of this summer.

In the latest Liverpool news, the Reds have reportedly had no offers for one of their players despite interest