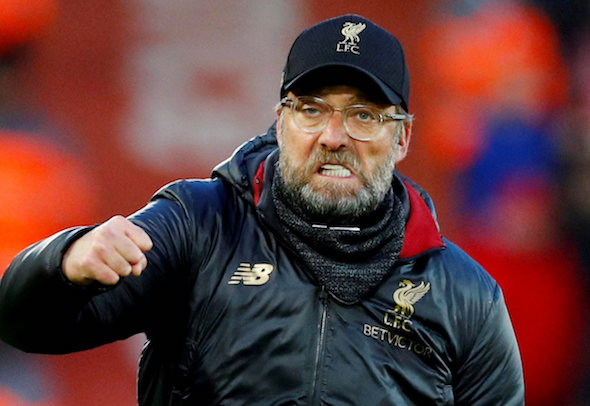 Liverpool attacker Bobby Adekanye has revealed he will leave on a free transfer at the end of the season after rejecting a three-year contract offer from the club.

The Dutch youth international, 20, has told Voetbal Zone that he is fed up of waiting for the first-team breakthrough at Anfield and is fielding interest from clubs led by Barcelona as he weighs up his options ahead of the summer window.

“(Being left out of the pre-season tour to the US) was disappointing and it has contributed to the fact that I do not want to renew my contract,” the Adekanye said. ”If they promise such things and it doesn’t happen, I don’t know what will happen if I sign for three years.

”That confidence is no longer there, even though I still greatly respect the club. I expected that I would get a chance at Liverpool sooner. I don’t think I appeared in (Klopp’s) plans. If so, I have to look for something else.”

The forward explained his former club Barcelona, Lazio and Dutch outfit Willem II are among the clubs interested in signing him this summer.

“That it would be round with Lazio is not at all the case,” said Adekanye to Voetbal Zone. “Friends also send me photos and messages, like: are you going there? No, it’s not over yet. It is one of the clubs that is interested, but it is not yet 100% decided.

“I also heard from Barcelona, ​​in the Netherlands Willem II came by. I can’t name the entire list of clubs now, because then we will be busy tomorrow. But there is interest from, among others, the Netherlands, Italy and Spain. In the summer I am going to talk about it with my family and business manager Junior Minguella, I am not worried that I have no club.”

There has not been the same noise about Adekanye as there has around other Liverpool teenage rising stars such as Rhian Brewster, Ki-Jana Hoever, Ben Woodburn, Bobby Duncan and Curtis Jones. But the Nigeria-born youngster is clearly highly thought of at the club’s Kirkby academy, given he was offered a new three-year contract. His failure to accept it explains why Adekanye has been frozen out of the Under-23s side after being a regular starter in the first half of the season. He appears to be a young player in a hurry and has not heeded the club’s advice to be patient and wait for his chance. At a club like Liverpool, where competition is so fierce, plenty of youngsters move on as they seek senior game time elsewhere. It is a measure of Adekanye’s potential that former club Barcelona and Lazio are among those keen to sign him. That suggests he can still make it at a major European club.

In other Liverpool transfer news, Michael Edwards is working on a £10million deal to sign a Championship sensation.